Arsenal have been chasing Thomas Lemar for ages now but AS Monaco are just refusing to sell him to the Gooners. The French outfit’s stance in this deal is quite simple actually. They just do not want to let go of one of their finest talents – especially when they have lost out on a large pool of talent already.

The likes of Bakayoko, Bernardo Silva, and Benjamin Mendy have all moved out of Monaco in the summer and that has left a gaping hole in the squad. Add to this the fact that Kylian Mbappe has also handed in a transfer request and you will notice why Monaco are clinging onto Lemar.

But now it looks as if there is finally some good news for the Gooners as Monaco have signed 21-year-old Adama Diakhaby from Rennes. This has led to a lot of fans to believe that with the acquisition of a striker, Monaco have given a hint to Arsenal that they might now be ready to part ways with Thomas Lemar.

As soon as Monaco announced Diakhaby’s signing on Twitter everyone started assuming that Thomas Lemar might be on his way to the Emirates. But we are afraid that this will not be that simple. Thomas Lemar is a top drawer player for AS Monaco who scored 9 goals and made 10 assists in the Ligue 1 last season while Adama played only 730 minutes of football in the previous season and scored 4 goals. So it is highly unconvincing that Monaco are ready to replace Lemar with a rookie. 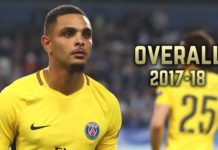 Revealed: How Pep Guardiola was close to joining Arsenal

Arsenal are going all out to buy this player 26-year-old winger:...