Jose Mourinho enters his second season as Manager of Man Utd with high hopes. His side have shown signs of promise in the last season. Although they underperformed given their high standards, United did manage to win 2 major trophies last season. Can Jose Mourinho light up Old Trafford with his acclaimed ‘Second Season Syndrome’?
What does 2017/18 have in store for Manchester United?

Let’s assess the formation, positives and negatives to expect from United’s 2017/18 season.

Man Utd head into the 2017/18 campaign after a successful pre-season that saw only one defeat. Mourinho has acted quickly in the transfer window with the smart signings of Lindelof, Lukaku and Matic. While he is spoilt for choice for attacking and defensive options, the formation we can expect Mourinho to employ more often would be his reliable 4-3-3, which can be altered into a 4-4-2 or a 4-1-4-1 depending on the dynamics of the game. 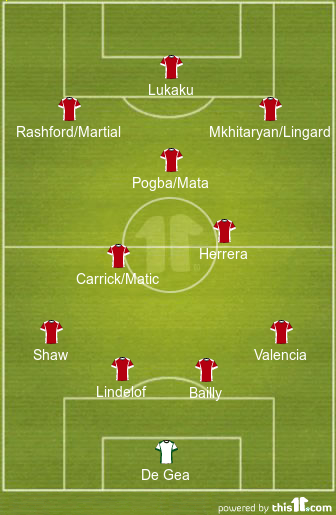 The signing of Matic could mean a more advanced role for Paul Pogba. Lukaku could be partnered by Rashford or Martial in the attack, giving rise to the 4-4-2 formation in the process. Matic has the ability of playing as the lone defensive midfielder, and when the team has to push for goals, this could help Mourinho change his system to a 4-1-4-1. Lindelof and Bailly look to be the defensive partnership that Mourinho would like to have at the back.


Many expected Jose Mourinho to assume transfer duties and land his players in time before the beginning of next season. However, as the window has progressed, it was evident that Mourinho was not happy with Man Utd’s apparent shortcomings in the transfer window. Mourinho has expressed displeasure with the way transfers happen of late, blaming the market in the process. It is evident that Mourinho wanted the transfer dealings to be done well before the season starts next week to help incorporate the new signings into his team. With Jose looking to add another player, preferably a winger to his ranks, it would be interesting to see how he gels him into his team.

Why Arsenal are not likely to challenge for a top-four spot next season?

Celtic want this experienced PL keeper as an alternative to Forster:...