Barcelona midfielder Andre Gomes is not ready to talk about his exit from the club despite having endured a tough season under Ernesto Valverde.

Gomes moved to Barcelona from Valencia in the summer of 2016 for an initial fee of €35 million, plus €20 million in add-ons. His transition though has been anything but smooth.

During his two seasons with the Catalan giants, Andre Gomes has made only 75 appearances in all competitions – scoring 3 goals.

This season, the midfielder has to really fight for his place in the starting eleven. Gomes has managed to play just 14 games in the La Liga and out of these 14 appearances 10 of them have been off the bench.

Last month, the 24-year-old had expressed his frustration and compared his situation at the Camp Nou to ‘hell’.

“Maybe it’s not the correct word but it turned into a bit of a hell because I started to feel more pressure. With pressure, I feel fine, but with pressure on myself, I don’t. The feeling that I have during games is bad.”

But the Portuguese international played a pivotal role in Barcelona’s 3-1 victory over Leganes on Saturday and after the match, Gomes told Barca TV that he is currently giving no thoughts on an exit from the club.

Andre Gomes said: “Right now I do not think about that[moving out of the club in the summer].

“I am enjoying myself and living the dream that all children want to live.”

This statement will come as a huge blow for Manchester United manager Jose Mourinho who was said to be keen on bringing the midfielder on board during the summer transfer window. Mourinho is a huge admirer of the 24-year-old and he had reportedly told the Man United hierarchy to prepare a bid for Gomes at the end of the season.

Apart from Man United, Italian giants AC Milan are also rumoured to be interested in Andre Gomes and might very well make a move for him during the summer.

Read: What did Pep Guardiola say to Paul Pogba after Man United’s win?

Read: Zlatan reveals the only problem that Jose Mourinho had with him during his time at Old Trafford. 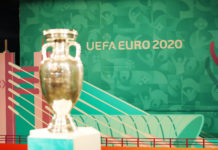 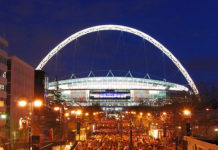