Club Brugge’s 18-year-year-old forward Cyril Ngonge is currently one of the most sought-after youngsters in European football.

Ngonge currently ploughs his trade for the U19 and U21 sides and he has already managed to score 4 goals in just 4 appearances in the UEFA Youth League.

This fine start to the new season has caught the attention of many top clubs in Europe who are expected to come after the youngster during the January transfer window.


Premier League clubs like Arsenal and Liverpool have scouted Cyril Ngonge and are reportedly keen on bringing him onboard.


Other top European clubs like Atletico Madrid, Valencia, Lille and Inter Milan are also keeping a watchful eye on the player so if the Premier League clubs are at all serious about signing Cyril Ngonge then they must be ready for a fight.

Arsenal, Liverpool and Inter fight for Cyril Ngonge, the Belgian star of the future https://t.co/GScpysp2zF pic.twitter.com/vS2vO6av6Y

Cyril Ngonge is a Belgium U19 international and his current contract with Club Brugge expires in 2019 which is the main cause of concern for the club.

While Brugge are desperate to keep him at the club for a long time but if Cyril Ngonge does not sign a new deal with the club then they will have to let him move out for free next summer.


And reports suggest that many clubs are trying to use this contract situation in their favour and are planning to sign Ngonge during the January transfer window.

Read: Believe it or not but you are richer than this footballing legend.

Read: Here’s what Mohamed Salah thinks about his ‘not-so-perfect’ statue.

Read: Former Premier League manager gives the perfect explanation as to why Alexis Sanchez has turned into a failure. 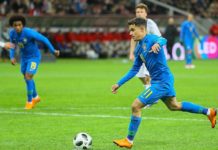 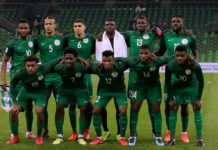 Dani Alves gives an emotional goodbye as he looks set to...

Former Man United man expects ‘this’ player to leave during the...

Jurgen Klopp could be in serious trouble after Liverpool’s draw vs...