Manchester United beat Liverpool in the North West Derby on Saturday by a scoreline of 2-1 and homeboy Marcus Rashford was undoubtedly the star of the match. But it seemed that most of the media were concerned about Alexis Sanchez’s average performance – once again.

Since moving to Manchester United in January the Chilean has failed to make any sort of great impact and the game against Liverpool was no different.

Jose Mourinho decided to tweak the formation a bit and made Sanchez play down the middle – just behind Lukaku. But that also did not solve too many problems for the former Arsenal man.

After the match when Jose Mourinho was speaking to the press a few reporters decided to question the United manager about some rumours that have been floating around claiming Alexis Sanchez is not happy at Manchester United.

“He’s fine. He’s happy that the team is getting results,” Mourinho said when asked about Sanchez’s unhappiness at Old Trafford.

“Lately, he wasn’t happy when we lost matches with him but he’s a guy with great maturity, with great attitude and we couldn’t be happier.”

Sanchez moved to Manchester United from Arsenal and since then the Chilean International has played in 9 games for the Red Devils managing to score only a single goal.

He has failed to make a match-winning impact in any of the games that he has been a part of – prompting many to believe that he is not fully happy with Jose Mourinho and Manchester United. 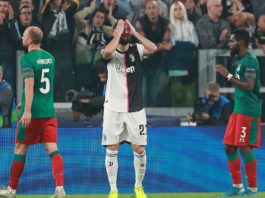 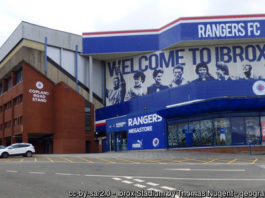