Rangers FC manager Steven Gerrard is looking to sign atleast four new players during the January transfer window in order to push for that Premiership title.

And this time it seems the Gers are planning to raid the big Premier League clubs instead of going after bargain buys.

Here are the three players that have recently been linked with a move to Rangers FC:

The first player who has been linked with the Teddy Bears is Liverpool striker Dominic Solanke.


Solanke joined Liverpool from Chelsea with high hopes but Jurgen Klopp is yet to value him as an essential part of his squad. This season Dominic Solanke has not made a single appearance for the Anfield outfit and the Liverpool boss might finally be ready to send him out on loan in January.


Rangers FC are being tipped as the favourites to sign the player given Steven Gerrard’s good connections with his former club and the fact that the Ibrox outfit already has a number of players who are on loan from Liverpool.

The next player that Rangers FC are looking at is Everton man Kieran Dowell.

Dowell is an attacking midfielder who like Solanke, is struggling for game time at his club. He has so far made a couple of league two appearances and two EFL Cup games.


The youngster was sent out on loan last season to Nottingham Forest and we believe Everton will not hesitate to send him out once again.

The third player who has been on the radar of Rangers FC is former Ger Steven Davis.

Davis has entered the final six months of his contract with the Saints and rumours have it that new manager Ralph Hasenhuttl will not hesitate to cash in on him instead of letting him leave for free next summer.


Read: Here’s why ‘this’ summer signing will not be leaving for Turkey during the January transfer window despite all the rumours.

Read: Jose Mourinho has one more reason to be tensed about the Liverpool vs Man United game.

Read: Will ‘this’ youngster head back to England in January from Rangers?

Read: Rangers are desperate to offload ‘this’ good for nothing player in January. 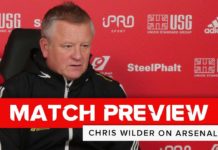 ‘This’ defender wants to play for Rangers despite interest from two...

Is it already the end of the line for ‘this’ Rangers...

Rangers’ biggest worry for the Porto clash in not on the...