Premier League club Chelsea have been caught in a row for breaching FIFA’s transfer policies and now the club could be under severe problems.

In in a leak by Mediapart in association with Football Leaks, Chelsea have been accused of signing 14 players who were under the age of 18.

And keeping in line with this news, Mediapart claimed that the Blues were to be handed a two-year transfer ban.


According to Mediapart, FIFA’s Integrity and Compliance unit have decided on a transfer ban of two years for the Blues for their infractions(as per Goal).


This news sent shockwaves across the footballing world primarily because FIFA had truly been investigating a case where Chelsea had signed Bertrand Traore before his 18th birthday in 2014.

But now the governing body of football have released a statement where they have made it clear that they are yet to reach a decision.


In the statement, FIFA said:


“As communicated in September 2017, investigations were opened concerning the club Chelsea FC as well as other English clubs in relation to potential breaches of the Regulations on the Status and Transfer of Players.

Chelsea are allegedly facing the threat of a two-year transfer ban following a Fifa investigation.

“The proceedings are ongoing and, to date, no decision has been passed by the FIFA judicial bodies. Thus, the clubs are to be presumed innocent unless decided otherwise.


“No further information can be provided as the cases are ongoing. Any update will be communicated in due course.”

Chelsea have been named alongside four other Premier League clubs who have been involved in a breach of FIFA’s transfer policies.


Read: Chelsea and Everton join Man United in the race to sign ‘this’ West Ham star.

Read: While every other player is moving to Asia for the money, ‘this’ Premier League star chose to do otherwise.

Read: Another Mourinho mistake: Is ‘this’ Man United star on his way to Italy?

Read: Here’s why Alexis Sanchez chose to sign for Man United and not Man City. 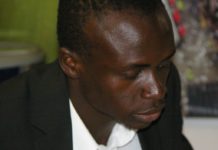 Liverpool suffer a massive injury blow against Wolves: Out for a long time?

Man United can solve their problems by making one key signing:...