Manchester United have sacked Jose Mourinho as their manager on Tuesday morning and this move has garnered a very mixed reaction from the footballing community.

While most of the pundits and fans are happy that they will not have to see boring football any more others view this as a step down for the club especially since Jose Mourinho had managed to win more games than any other manager since the post-Ferguson era.

Jose Mourinho had maintained that his whole squad were backing him despite the poor results but there is one man who is definitely happy to see the Portuguese walk out of the door.

And that man is midfielder Paul Pogba.


Jose Mourinho and Paul Pogba recently had a fall out which has pushed the World Cup winner down the pecking order.

Mourinho has refused to start with Paul Pogba during the past couple of games with the player only coming on as a substitute in the second half.

But the relationship fell to a new low when the midfielder remained an unused substitute during the humiliating loss to Liverpool this past weekend.


Now that Jose Mourinho has been sacked, Paul Pogba must be jumping with joy and he might just have taken his celebrations a bit too far.

As soon as Jose Mourinho was sacked, Pogba put out a photo across his social media profiles with him smirking.

And the caption of the photo was: “Caption this.” 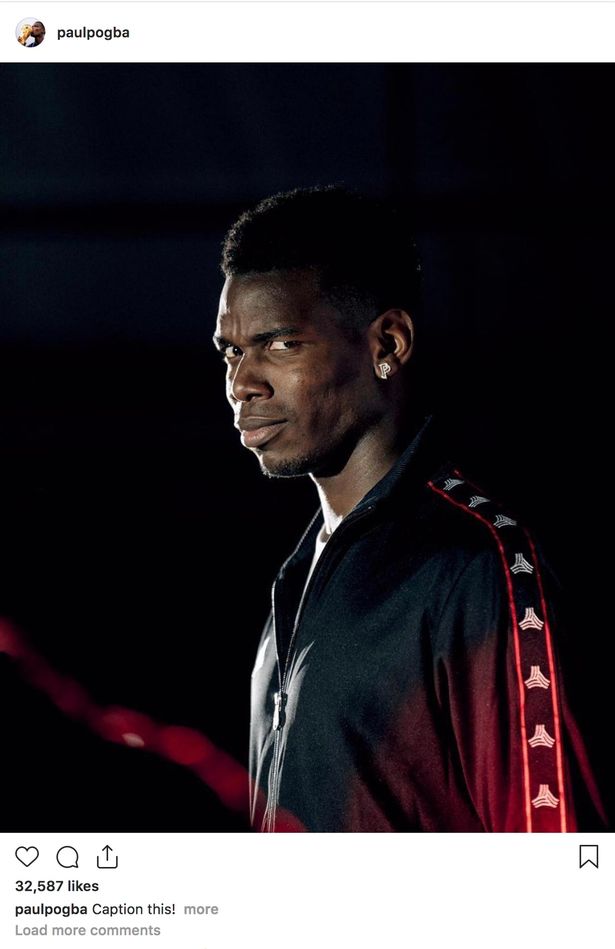 This image was posted shortly after Man United announced the sacking of Jose Mourinho and immediately a huge number of fans started bashing Paul Pogba for showing disrespect towards his former manager.


The image was quickly deleted which indicated even more than this sly dig was in fact meant for Jose Mourinho.

Now though, Paul Pogba’s sponsor Adidas have come out to clear the air about the whole issue and they have told a journalist:

“Pogba’s social media posts were a scheduled event, part of a marketing campaign.


“Immediately taken down once it became apparent that it could be misconstrued as disrespectful to Manchester United and José Mourinho.”

Confirmed by contact within @adidassoccer: "#Pogba's social media posts were a scheduled event, part of a marketing campaign. Immediately taken down once it became apparent that it could be misconstrued as disrespectful to Manchester United and José Mourinho"

Thankfully Adidas have chosen to clear the air about the whole issue with immediate effect or else Paul Pogba would have been seen as the villain.

Read: Where is Jose Mourinho heading to next after Manchester United sack him just before Christmas?

Arsenal & Spurs eyeing a move for this 24 Y/O striker: Will he snub a move to the PL?

Arsenal overtake Liverpool in the signing of this 26 Y/O midfielder: Why snub a move to Anfield?

Man United to rival Liverpool for this 24 Y/O centre-forward: Does Ole stand a chance?

Arsenal overtake Liverpool in the signing of this 26 Y/O midfielder:...

Arsenal overtake Liverpool in the signing of this 26 Y/O midfielder:...

BREAKING: Here’s when the Premier League will reopen its doors