After winning their opening game of the World Cup against Tunisia, the English team returned back to their base in Repino and were subsequently given a day off by their manager Gareth Southgate.

During the off time, the players were allowed to go and meet their friends and family at St Petersburg. But little did anyone know that the Three Lions would have their first major casualty during their off day.

Thankfully though the injury was not sustained by a player but rather by manager Gareth Southgate.

The manager suffered the injury while he was jogging in the beach resort of Repino on Wednesday.

He was immediately taken to a local hospital where he was treated under the supervision of England team doctor Rob Chakraverty.


After the treatment, Gareth Southgate said: “I might not be celebrating any goals as athletically in future,

“The doc has made it clear that punching the air is not an option. We have got such a great support team and they were there very quickly.


“They were supposed to be relaxing because we let the players have a bit of time off and I am causing them to work. We are lucky we have a top-class medical team around us, so it was fine. I had brilliant help from them, and I am just sorry I managed to ruin their day off.”

The England manager also added that he was happy that the injury happened to him rather than to one of his players.

“It is better this is me than one of the players,” he added.

“They were a bit surprised in the team meeting and were asking: ‘What have you been doing?’ As always, they were probably quite amused.


“It is good that we have had a quiet day today so I had prepared the meeting before and we are on to preparations for Panama. I am just a bit gutted because I was on for my record 10k time.”

England play their second game of the Group stages against Panama on Sunday afternoon and Gareth Southgate would want his team to pick up all three points from this game in order to ease a bit of pressure from their final group game against Belgium.


Read: Former Man United captain reveals how Ronaldo’s move to Old Trafford could have been very different back in 2003

Read: Pep Guardiola reveals where he wants to manage next. 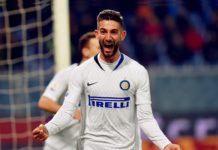 Arsenal FC have not given up on the signing of ‘this’...

If Man United do not sign Mesut Ozil in January then...