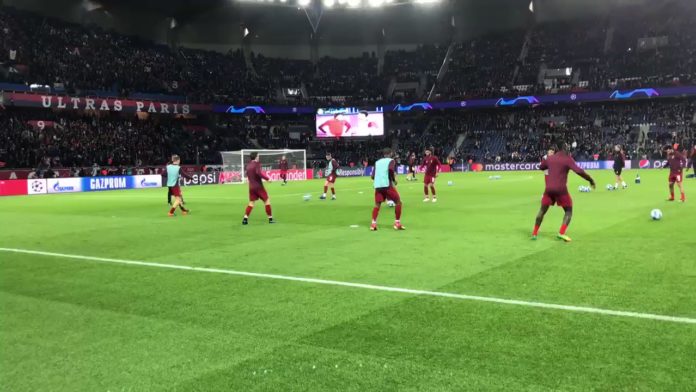 Liverpool suffered yet another defeat in the Champions League, this time at the hands of PSG in Paris.

Thomas Tuchel was up against his guru Jurgen Klopp but the apprentice came out on top on Wednesday thanks to a solid team performance.

PSG are always known for their attacking mettle and we saw a perfect example of that in the first half when the Paris outfit ran through the Liverpool defence just like a hot knife through butter.


Liverpool did pull one back late in the first half from a James Milner penalty but in the end, the home team came out as 2-1 winners.

The first goal for PSG was scored by Juan Bernat early on in the first half and Liverpool’s centre-back Virgil Van Dijk was partially at fault when he failed to clear the ball properly.


And speaking after the game, the Dutch international manned up and took the blame upon himself for the first goal.


“Yes, definitely [I’m disappointed with them]. The one I tried to clear, the ball came behind me a little bit and they picked up the second ball,” Van Dijk told the official website.

“It should have been better there but everyone sometimes makes mistakes. I need to learn from that. The second one was on the break – that’s what they’re good at. We need to do better.

“You make it difficult for yourself if you’re 2-0 down, especially after 30 minutes or so. We bounced back in the second half, we did well.

“We had the belief as well. Now the point is to recover from this and make sure everyone is ready for the weekend.”


The loss means Liverpool are now third in Group C meaning they will now go into the game against Napoli needing all three point and also beat the Italian with a margin of atleast two goals.


The Reds might be flying high in the Premier League but last year’s Champions League finalist now stand on the verge of playing in the Europa League.

Read: Here’s what 20 German coaches are saying about ‘this’ Liverpool player.

Read: ‘This’ Liverpool winger has been injured for more than a month but no one really knows about it.

Read: ‘This’ Liverpool man is trying to take Dominic Solanke out of Anfield in January.

Rangers receive a massive boost in the signing of this forward: Will they be able to sign him?

Are Chelsea really the favourites to sign this playmaker or is he headed somewhere else?

Rangers receive a massive boost in the signing of this forward:...

Are Chelsea really the favourites to sign this playmaker or is...

Rangers receive a massive boost in the signing of this forward:...

Are Chelsea really the favourites to sign this playmaker or is...

Man United might not be able to hold onto Paul Pogba...

Will this Arsenal defender really be staying back at the club...