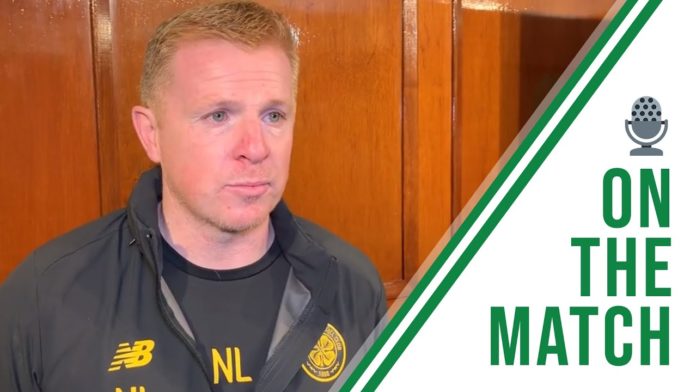 Neil Lennon was appointed the caretaker manager of Celtic FC last February when Brendan Rodgers left for Leicester City and the 48-year-old picked up a host of trophies towards the end of the season. But no one was really ready to give him credit since most of the work last season was done by Rodgers.

The club though showed their faith in Neil Lennon by appointing him as the permanent manager at the end of the season and this was the first big test for him.

Most of the pundits were certain that Lennon would not be able to survive the pressure of keeping Celtic at the top especially since he was up against Steven Gerrard.

Gerrard had a full year to gauge the Premiership and during the 2019-20 season, the Rangers boss was ready to push for the title. And the first Old Firm Derby was supposed to be a power show for the Gers.

Unfortunately for their fans, it was anything but that as Celtic came out 2-0 winners and according to former Scotland gaffer Gordon Strachan, Neil Lennon was the man who made it happen.

He told Paddy Power(as reported by Football Scotland): “The Old Firm Derby win was huge for Neil Lennon. The game in the first half was very even – hectic, frantic, both teams giving the ball away too often.

“The change in the game came from Lenny and his substitutions.

“We live in a world where fans can sometimes be bamboozled and hypnotised by a foreign language, or football terminology that is baffling to most – the ones using it are really intelligent, the rest of us are all mugs.

“But the reality of management is very different. Neil might not be the slickest in interviews, he’s a bit more feral than most, but because of that, he’s supposed to be just a fighter or scrapper. That’s a heap of rubbish, there’s far more to him than that and we saw that at Ibrox.

“He sees things others in the game don’t. Who else was calling for James Forrest, the player of the year, to be brought off? But Neil decided he wasn’t being effective, so brings Olivier Ntcham on, who changes the game.

“That kind of clarity amid the turmoil is what makes Lenny such a great manager. Decision making, along with recruitment, is the biggest thing in football and Lennon’s decision making was flawless against Rangers.

“If you look at the Celtic back four for the last 20 minutes, they were all making their Old Firm debuts. That’s not easy. Forwards can play off the cuff, but in defence, you have to work as a unit.

“So I was surprised at their performance. And, let’s be honest, it’s not the best back four I’ve ever seen – so Rangers will be disappointed.

“They didn’t test the keeper. That’ll be a big regret for Rangers, for sure. There’s nothing where they can claim Celtic were lucky or got away with one, no missed sitters or referee howlers.

“Steven Gerrard and Gary McAllister will be disappointed by the result, of course, but they’ll be more worried by the performance.

“They can do a lot better than that, and they know it. The team has improved a lot over the last year, but they should’ve been better against Celtic.”

Read: Rangers manager throws this player under the bus after Gers lose to Celtic.

Read: Stevie G reveals what he told his players after losing to Celtic.

Read: Gerrard names one Rangers player who can be proud of his performance during the Derby.

Read: Rangers won’t be able to win anything if they do ‘this’.

Serie A club make an enquiry about this Chelsea winger: Will Lampard let him leave?

Serie A club make an enquiry about this Chelsea winger: Will...

Man United in massive trouble as Barcelona enter the race to...

Here’s the battle which will decide the outcome of the 2018...

Celtic could get rid of Neil Lennon due to Rangers: Here’s...