Frank Lampard has worked magic with Chelsea this season despite the fact that he could not buy any new players due to the transfer ban.

The Blues boss has laid all his faith on the youngsters and in all honesty, the likes of Mason Mount and Tomori has been some of the best players for the Stamford Bridge outfit.

And on Saturday, the Blues picked up a fine win vs Watford away from home despite the Hornets managing to score from a penalty courtesy of the VAR.

But speaking after Chelsea’s win over Watford, Frank Lampard raised a few concerns – not about his team but for the VAR and its level of inconsistency.

“I have to be careful really but last week we saw a change in VAR, a clear change in penalties getting overturned,” Lampard told reporters[as reported by Goal].

“I was at a managers’ meeting in midweek and we spoke a lot about it. The absolute consensus from managers, referees, the Premier League was the penalties or decisions — this is what I took from the meeting, anyway — are not going to get overturned unless they’re absolutely clear and obvious, and the VAR absolutely saw something that the referee on the pitch didn’t see.

“This didn’t, it nowhere near showed that, and the longer it took, the more worried I got. I’m so, so surprised from coming away on Thursday from that meeting to have that decision today.

“I reference back one week to Hudson-Odoi – he goes down, has a hand on the back, gets a yellow card and that’s overturned the other way around

“We’re not in a great place with it, are we? Anything that takes that long means there’s something they’re not sure about, so why aren’t we using the screen at the side of the pitch?”

Truth be told, VAR has delivered some shocking decisions all throughout the Premier League season and Chelsea’s weren’t the only side who had complains of the technology this weekend.

Liverpool were denied a clear goal on the very same day as Roberto Firmino was adjudged offside despite replays showing otherwise.

And now it looks like even the people who had urged the Premier League to introduce VAR as soon as possible have been starting to have doubts about how it is being handled by the officials.

Read: Frank explains why Chelsea are playing better away from home. 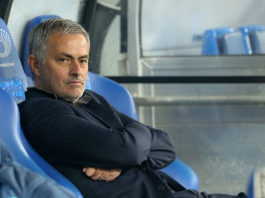