Chelsea take on Everton in the Premier League on Saturday and according to Charlie Nicholas, the Toffees can nick this one.

Everton suffered a humiliating 5-2 loss at the hands of Liverpool in midweek following which the club decided to sack Marco Silva.

So naturally, without a permanent manager, Everton are expected to falter against the Blues during the weekend.

But while making his predictions for Sky Sports, Charlie Nicholas has gone on to claim that the home side can pick up all three points vs Chelsea since the Blues defence looks shaky and uncomfortable.

He wrote: “Marco Silva’s immediate replacement may be a temporary one, but it will be one that should give Everton a much-needed lift. I am not convinced by Chelsea’s defence, they looked uncomfortable at times against Aston Villa.

“Things haven’t gone Everton’s way under Silva, but they are a team of scrappers, and I see them battling their way to three points. 2-1.”

Lampard has been without Antonio Rudiger for the whole season which is why he’s been forced to use the pairing of Kurt Zouma and Tomori in central defence.

And to be honest, this in-experienced duo has been fragile at times especially against teams which have world-class forwards.

Everton might be biting the dust right now but the likes of Calvert Lewin and Richarlison are more than capable of causing the Chelsea defenders some headaches.

Lampard was supposed to get back Antonio Rudiger for this match but the German is still not ready to play a competitive match meaning once again Tomori and Zouma will line up at the heart of defence when Chelsea visit Goodison Park on Saturday.

Read: This Chelsea player will not be playing against Everton.

Read: Chelsea suffer an injury setback before their clash vs Everton. 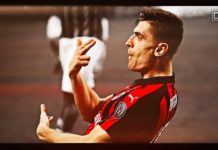 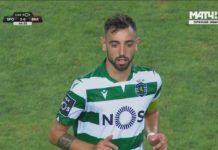 This South American moves one step closer to a transfer: But...

Conte’s midfield crisis could give rise to a new look Chelsea...