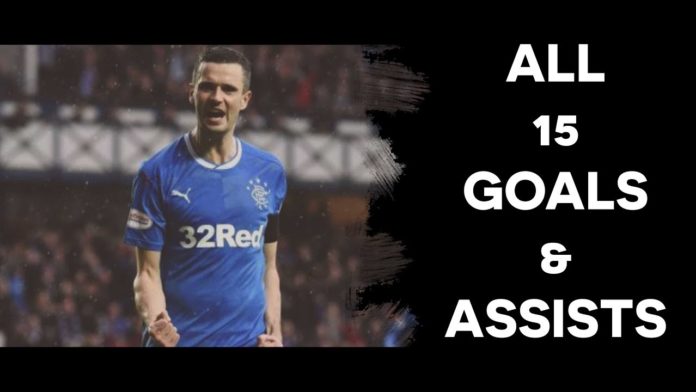 Rangers brought in Jamie Murphy from Brighton in January of 2018 on a six-month loan deal and the winger made a really positive impact at the club during that particular season.

The loan deal did have an option to buy at the end of the campaign which new manager Steven Gerrard wasted no time in exercising thereby paying around €1.2 million for the 30-year-old.

But during the 2018-19 season, Jamie Murphy managed to play in only 8 games across all competitions for the Teddy Bears that to a plastic pitch at Kilmarnock.

The winger injured his cruciate ligament in August of last year and this unfortunate injury kept him out of action for close to a whole year.

And now it looks like this very same injury will be forcing him to move out of Rangers during the January transfer window.

Even though Jamie Murphy is fully fit, he is yet to start a game this season for the Gers and reports claim Gerrard is not convinced that the winger is up to the mark physically.

Another reason why the winger might be offloaded this season is that he mainly operates down the left-hand side and after Rangers brought in Ryan Kent from Liverpool, that area of the pitch has become highly competitive.

So naturally, it will be next to impossible for an injury-prone Jamie Murphy to break into the first XI by overcoming so much competition.

Murphy still has two years left on his current deal at Ibrox which means the club can get a good enough fee for him if they are seriously planning to offload him in January.

But some experts believe Gerrard might give the winger one more chance at the club since the player was a fan favourite before he picked up the injury while playing on Kilmarnock’s plastic pitch in August.

Read: Here’s why the Rangers chief called up this Celtic FC player.

Read: This forward chose to join the Gers this season because of two people.

Read: Here’s why this Liverpool man joined Rangers FC and not Leeds United.

Why Rangers FC do not want to keep this 25 Y/O first-team player?

Arsenal are preparing to make a bid for this attacking-midfielder: A massive blow for Chelsea?

Celtic might have found an alternative to this 32 Y/O: Too high an ambition?

Arsenal will sell their most prized possession only under one condition:...