Arsenal brought in Dani Ceballos on a season-long loan deal from Real Madrid in the previous transfer window and Unai Emery will be hoping to keep him at the Emirates beyond the summer.

Initially, there were reports the loan deal has an ‘option to buy’ since Real Madrid had no intentions of calling back Dani Ceballos. Now though that myth has been broken which means keeping the playmaker at the club will be a real uphill task for the Gunners management.

Football London correspondent James Benge had recently revealed in a Q&A that Real Madrid have plans to use Dani Ceballos in the near future and a number of things will have to perfectly fall in place in order for Arsenal to keep the player.

He wrote: “Arsenal had wanted to put a purchase option in the loan agreement with Ceballos but Real Madrid were having none of it. Why would they?

“He’s 23 years old and as Gunners fans have already seen his potential is phenomenal.

“There are a few cogs to the deal that might give Arsenal hope, though I’ll confess I’m no expert on the internal politics of the Bernabeu.

“However, it is well known that Ceballos and Zinedine Zidane do not have the best relationship. If the Frenchman is still manager at the end of the year that strengthens Arsenal’s hand.

“A move from Real Madrid for Paul Pogba or Christian Eriksen would do much the same as indeed would another summer of dramatic spending that would force Florentino Perez et al to balance the books.

“If Ceballos does come on the market I’d expect Arsenal to move for him but at the moment Real Madrid see him in their plans for the future.”

Dani Ceballos has managed to make a positive impact during the first four games in the Premier League and his contributions to the team will only grow as far as the season rolls along.

And as far as Real Madrid are concerned, Zidane will surely target Christian Eriksen during the January transfer window and if the Danish international moves to Spain then Arsenal will more or less have a free path towards the acquisition of Dani Ceballos.

Read: Arsenal receive a major injury boost right before they take on Watford in the EPL.

Read: Here’s how Arsenal can stop two of their biggest players from leaving the club.

Read: This player is uncertain about his Arsenal future. 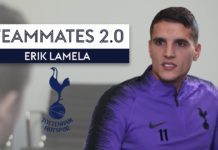 Chelsea to miss three big-name players for their UCL clash vs...

Mourinho explains why he did not start this player during Spurs’...

Chelsea players’ rating against Arsenal in the Community Shield: What went...

‘This’ is Arsenal’s biggest shirt seller and only three players are...