Liverpool are planning to sacrifice James Milner during the summer transfer window – as per reports.

The Reds have been eyeing a move for Leeds United winger Jack Clarke and Jurgen Klopp is planning to make a move for the 18-year-old at the end of the season.

Jack Clarke has come up through the ranks at Leeds and this season the winger has grabbed a lot of eyeballs with his fine performances in the Championship.

So far Clarke has played 15 games in the league – scoring two goals and providing two assists.

The Anfield outfit though are not the only club who want to sign the youngster but Klopp can offer Leeds something which the other clubs cannot.

Leeds United have shown interest in signing James Milner from Liverpool and reports suggest the Reds are ready to swap Milner in exchange for Jack Clarke.


The rumours have it that if Leeds can secure promotion to the Premier League next season then they might make a move for James Milner and Liverpool are willing to offload the midfielder in return for Clarke.


James Milner has been one of the unsung heroes for Liverpool this season as the midfielder is currently playing at right-back with Trent Alexander Arnold out injured.

While the 33-year-old’s importance at Anfield has not diminished but his ageing is something that management are surely taking into consideration.

James Milner might have one good season left in him and Klopp thinks that if he can get Jack Clarke in exchange for his midfielder then it will be a really good bargain.


Liverpool though aren’t the only club interested in Jack Clarke as rumours have it that the likes of Man United and Tottenham might also launch bids for the winger during the summer transfer window.


Read: Liverpool fans will love ‘this’ after what he did during the win vs AFC Bournemouth.

Read: Here’s how Jurgen Klopp has been behaving inside the dressing room as the title race heats up.

Read: Is ‘this’ the biggest mistake that Jurgen Klopp has made at Liverpool this season?

Man United dealt with another injury blow before they take on Burnley?

Why Leicester City might have to sweat to pick up a win vs WHUFC: Agreed? 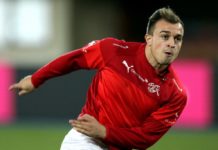 Liverpool suffer a major injury right before their clash vs Wolves: Headache for Klopp?

Man United dealt with another injury blow before they take on...

Why Leicester City might have to sweat to pick up a...

Liverpool suffer a major injury right before their clash vs Wolves:...

England could face both France & Portugal in EURO 2020 even...

Liverpool could part ways with ‘this’ defender during the summer: But...