Manchester United were beaten 2-0 by Arsenal in the Premier League last weekend and since that game, David De Gea has come under fire.

Granit Xhaka scored the first goal of the match with a long-range effort and most people feel David De Gea put very little effort to stop the ball.

David De Gea was completely wrong-footed when the shot was taken and a keeper of his stature should have taken more care to prevent his team from going down in such a crucial game.

Well, these are the views of a number of Man United fans.


David De Gea has been the hero for Man United for the past couple of seasons and the Spaniard is easily one of the best keepers in world football right now.

And while everyone busy criticising the United No 1, Ole Gunnar Solskjaer has chosen not to lay any sort of place on his superstar player.

“David is too professional to let his mind wander. The best players, they know how to focus,” the manager said.


“I don’t class it as a mistake. I’m stood right behind the ball. We don’t put pressure on Xhaka.


“He must be Brazilian because the way he struck the ball and it swerves and moves in the air – it goes towards David’s left and then changes direction completely. That’s just one of those things.”

We understand why Solskajer has defended his keeper despite there was clear indication that David De Gea had some fault during the Granit Xhaka goal.

But to be very honest, one bad game should do very little to undermine all the great work he has done during the course of the season.


This campaign David De Gea has pulled Man United out of jail on a number of occassions and perhaps the biggest one being vs Spurs when the shot-stopper made more than a dozen save to gift the Red Devils a hard fought three points.

Read: Arsenal’s latest hero reveals what motivated them to win vs Manchester United.

Read: Here’s what Arsenal will do with the pitch invader who misbehaved with Chris Smalling.

Read: ‘This’ Arsenal player reveals why the win vs Man United was so special to him. 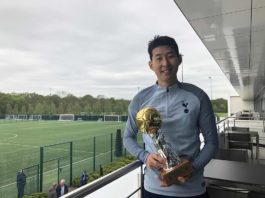 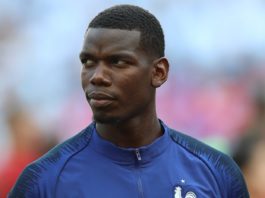 Is this why Paul Pogba has been performing so well since... 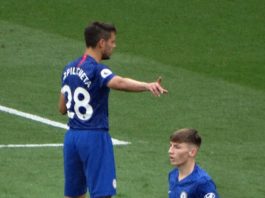 Chelsea suffer a huge injury blow as they prepare to take...