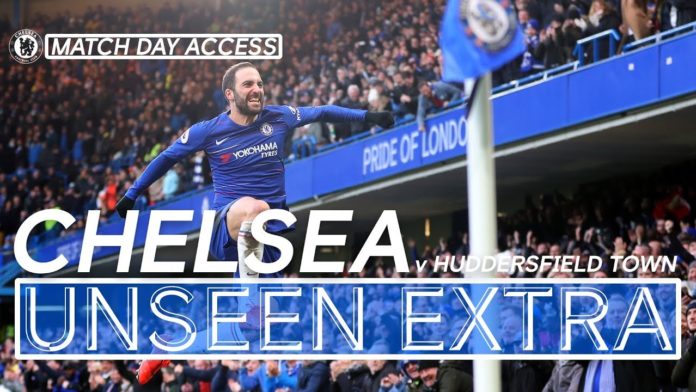 Chelsea have been slapped with a two-window transfer ban for violating FIFA’s rules of minor player signings which means the Blues cannot sign any new players this summer.

This has come as a huge shock for the Stamford Bridge outfit since they had made plans for a major overhaul at the end of the current season.

But perhaps the bigger problem is that some of Chelsea’s big names are currently on loan at the club and Sarri had plans to make the deals permanent during the summer.

Both Mateo Kovacic and Gonzalo Higuain are on loan deals and despite their not so great form during the 2018-19 season, the manager is keen on keeping them in London.

That though, might not be possible due to the transfer embargo imposed on the club.

But as per Goal, the club can still retain the duo without breaching the ban guidelines.

Goal claims, “Real Madrid are prepared to sell Kovacic to help raise funds for a summer overhaul following a disappointing season by their own high standards, while Juventus see no future for Higuain in Turin.

In Kovacic’s case, a move is already being explored and a fee could be agreed to convert his current loan into a permanent deal without a need for Chelsea to re-register the player on the electronic TMS system used to process transfers.”

Both Kovacic and Higuain are more or less useless to their parent clubs and before the transfer ban, Maurizio Sarri was sure that he can keep the players without any big problem.

The Blues did appeal against the ban but that was eventually turned down by FIFA and now the next step for the Blues is to appeal to the Court of Arbitration for Sport (CAS).

But reports claim that a decision on the matter will only come after the Europa League final and as per the current scenario things are not looking too good for the Premier League outfit.

Read: Chelsea are on the back foot for the Europa League final.

Read: Chelsea will make a key decision after the UEL clash vs Arsenal.

Read: UEFA have finally provided a helping hand to the Blues and Arsenal.

Read: The Blues suffer a major injury setback right before the Europa League final vs Arsenal.

Solskjaer explains the positives of a winter break before taking on...

Chelsea receive a triple injury setback before their clash vs Manchester...

Lampard hints at a major selection decision for Chelsea vs Man...

Chelsea manager reflects on their make or break phase in the...

Lampard explains his long-term plans before his side take on Man...

Chelsea team news vs Ajax: Ross Barkley to miss out with...