Nicolas Pepe has caught the attention of a number of top European clubs this summer and it is more or less certain that the winger is heading out of France.

Nicolas Pepe currently plays for Lille in the Ligue 1 and last season he bagged 23 goals and 12 assists in just 41 games across all competitions.

Recent reports have suggested that Napoli lead the race to sign the 24-year-old this transfer window but now local news from Lille are suggesting that apart from Napoli, Liverpool too are in the hunt.

The reports claim, Lille have agreed on a deal in principle with a few clubs which include Liverpool and now it is up to the player to decide which club he wants to join.

Sport Witness report: “CalcioNapoli24, who are very good on their local club, are covering the potential transfer.

“They point out that La Voix du Nord, local to Lille, are reporting Napoli are one of a number of clubs to have reached an agreement with the French side.

“They further go on to say they’ve verified the information and found out Napoli, Liverpool and two other unnamed clubs all have an ‘agreement in principle’ to sign the player.

“Now it’s a matter of Pepe and his agents choosing the next destination, and it looks like money is going to play a big part.

“CalcioNapoli24 say the commission offered to the player’s agents will be ‘decisive’ in the potential transfer.”

While moving to Liverpool will most certainly be a step up for Nicolas Pepe but we feel that it will be Napoli who will finally get their hands on the player.

Right now, Mo Salah occupies the right-wing at Liverpool – the same area of the pitch where Pepe operates. So the last thing, the Ivorian would want to do is to join a club where he will have to prove his worth once again.

Read: Ballon d’Or is ok but here’s what ‘this’ Liverpool man wants even more.

Read: Leicester boss wants his players to draw inspiration from ‘this’ Liverpool man. 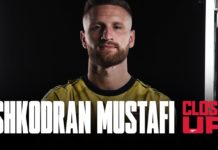 Arsenal player hints at his future plans beyond the current season: Is he leaving? 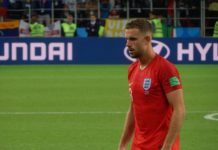 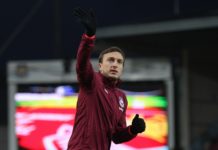 3-5-2 West Ham’s predicted XI vs Liverpool: Felipe Anderson to get a start?

Arsenal player hints at his future plans beyond the current season:...

Liverpool suffer a massive injury blow before their clash vs West...

3-5-2 West Ham’s predicted XI vs Liverpool: Felipe Anderson to get...

Pundit makes some key predictions for the Chelsea vs Spurs clash:...

Everton could receive a massive injury boost for their clash against...

Lampard reveals the one major reason why Chelsea lost ground to...

PSG star rejects a new contract at the club, eyeing a...