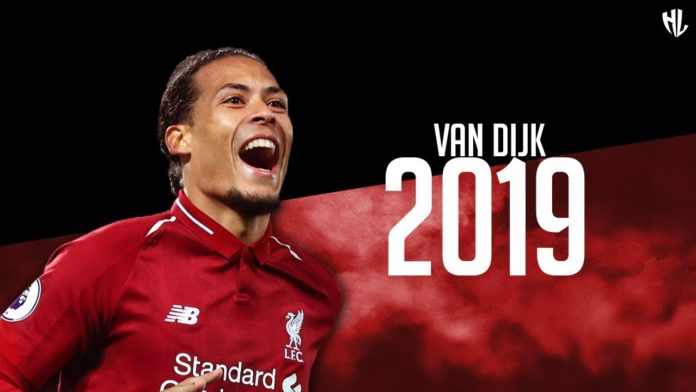 Liverpool won the Champions League earlier this month and now most of their players are out on a much-needed vacation.

A handful of them are involved in international tournaments like the Copa America and the AFCON but others are basking in the warm sun.

But it seems Virgil Van Dijk has already started making preparations for the upcoming season.

The centre-back had a wonderful season with the Anfield outfit – cementing his status as the best defender in European football and he is already making preparations to keep up the same standards for the next campaign.

Van Dijk was pictured training in Portugal along with Steven Gerrard’s Rangers’ squad who are currently indulging in a pre-season camp.

The Daily Mail reported: “Rangers boss Steven Gerrard has taken his boys out to Portugal for a pre-season warm weather training camp, and they’ve been joined by some unlikely faces.

“Liverpool defender Virgil van Dijk isn’t content to rest after an excellent season which included a Champions League win, so he’s back at it in preparation for the new season.

“Aston Villa boss John Terry is there too, although he was merely watching on rather than participating in training like he used to do. “

Initially, it was thought that Van Dijk had been given permission to training with the Rangers squad due to the good connections that Steven Gerrard has with Liverpool.

But all said and done, the Celtic faithfuls were not at all pleased with Van Dijk given that he was supposed to be a Celtic fan.

The Liverpool centre-back played for the Bhoys for two seasons before moving to England and he has always maintained that he has a special place in his heart for the Bhoys.

His recent actions though have clearly suggested otherwise.

A number of major publications broke this news and immediately there was a lot of buzz regarding him training with Steven Gerrard’s boys.

Now though, Van Dijk has come out to clear the air on social media saying: 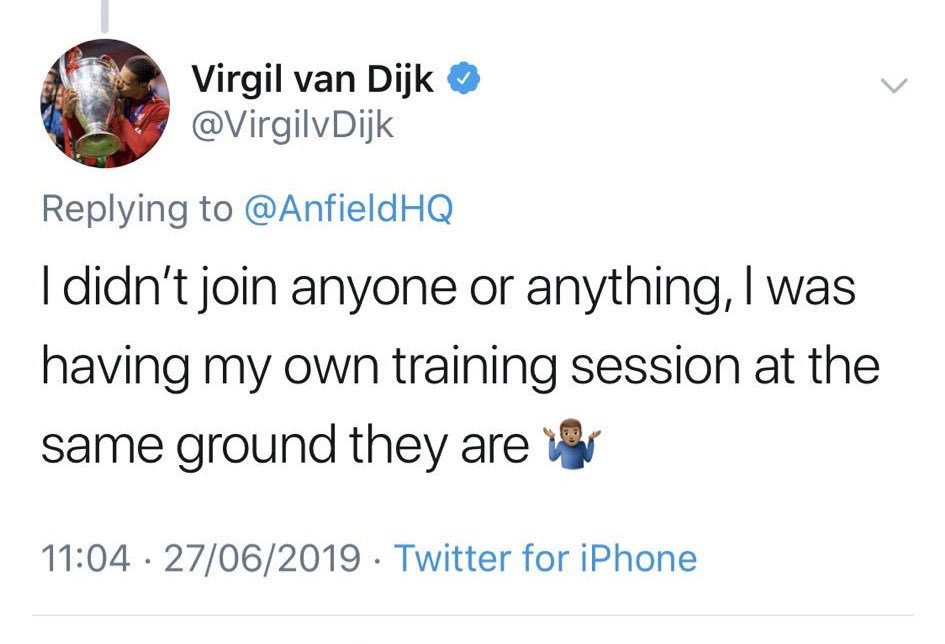 Read: Is there another angle to Turnbull’s failed transfer and who is going to be his replacement?

Read: Neil Lennon’s latest comments might be a huge setback for Arsenal.

Read: Here’s how much Celtic should demand from Arsenal for the sale of Tierney.

Serie A club make an enquiry about this Chelsea winger: Will Lampard let him leave?

Serie A club make an enquiry about this Chelsea winger: Will...

Man United in massive trouble as Barcelona enter the race to...

Has ‘this’ Brazilian sensation just revealed his next footballing destination?

Rangers accept defeat in the signing of ‘this’ Liverpool man: But...

‘This’ La Liga failure likely to join Liverpool and not Man...