Chelsea travelled to the Emirates on Sunday to take on Arsenal in the Premier League and came out of the match 2-1 winners.

The Blues went behind in the 13th-minute courtesy of a header from Pierre Emerick Aubameyang and it’s safe to say that the Gunners were the better team during the first 45 minutes.

Chelsea badly needed to up their game during the second half and that’s exactly what they did as they scored two goals in quick succession in order to go back home with only their second win during their previous five league matches.

And speaking after the match, Chelsea boss Frank Lampard has revealed what he told his players inside the dressing room during the half-time break.

‘When we played as we did at Tottenham last week, I probably would have questioned my sanity if I had come to Arsenal and we played four at the back and it had gone that way in the first half-hour,’ he pointed out.

‘For me, the main thing in the first half-hour was not the tactics, it was the spirit and the fight. Arsenal were quicker, we were lethargic, they were brave, we were nervous.

‘You say I was decisive but I could have made the change after 10 minutes, and not just Emerson coming off, any of the players could to change it slightly.

‘It is hard to convey a message with your voice on the sidelines with this sort of atmosphere so sometimes it has to be a gesture.

‘We changed and it got better. Mikel Arteta [the new Arsenal boss] is not silly. He saw us play at Tottenham and found a way to pin our five back.

‘We had three men marking one at the back and they had numbers in midfield and they won all the second balls, and that had to change.’

The win means Chelsea have maintained their four-point lead at the fourth spot while Arsenal have now suffered their sixth defeat of the 2019-20 season.

Arsenal will sell their most prized possession only under one condition:... 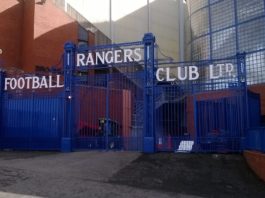 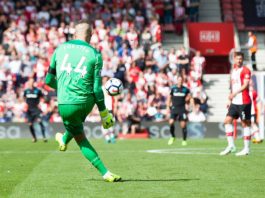