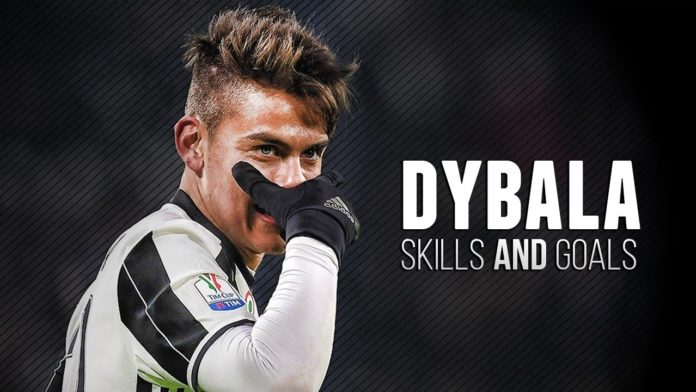 Paulo Dybala has been a key player for Juventus over the past couple of seasons but it looks like the Turin based outfit is finally to offload him.

Juve want to bring in Romelu Lukaku from Man United and have agreed to send Paulo Dybala the other way in a swap deal.

And reports from major publications in England have confirmed that the player’s agent is in London to hold talks with United.

In an exclusive, Express Sport have confirmed that Manchester United and the representatives are in discussions regarding a transfer.

“Manchester United have confirmed to Express Sport that a deal for Juventus star Paulo Dybala is currently only at the discussion stage.

“The Red Devils are trying to secure the Argentina international as part of a swap deal that would see Romelu Lukaku move in the opposite direction.

“Lukaku is pressing to leave Old Trafford this summer after being disgruntled at Ole Gunnar Solskjaer’s plans to play Marcus Rashford as the club’s No 9 next season.

“Talk of an agreement has been rife over the last 12 hours.

“But Express Sport understands that a deal is only at the discussion stage.”

And it looks like Paulo Dybala is ready to commit his future to Man United but only under one condition.

As per reports, the Argentine currently earns £6.8m annually at Juventus but has demanded a salary of £9million a year in order to join the Old Trafford outfit.

“The Manchester Evening News say Lukaku has already rubber-stamped his move to Turin.

“Regarding Dybala, though, and the deal may hinge on whether United are able to meet his wage demands. The 25-year-old is seeking a salary worth £9million a year in order to make the move to Old Trafford.”

So it looks like the transfer of Paulo Dybala depends on whether Man United agree to pay such a huge salary to the Argentinian.

Read: Man United have suffered a major transfer setback regarding ‘this’ player.

Read: Man United are on the verge of signing ‘this’ defender.

Read: ‘This’ Man United defender is likely to move out this summer.

Read: ‘These’ two players are on the verge of moving out of Man United and one of them could join Barcelona.

Who is the fastest player in the English Premier League?

CSKA Moscow vs Man Utd: Predicted line up and Preview