Rangers FC defender Connor Goldson has been tipped to move out of the club in the summer and according to Kevin Phillips, Virgil Van Dijk might prove to be a big influence.

The centre-back has been a key figure for the Gers over the past two years and this season he has racked up 51 appearances across all competitions for Steven Gerrard’s men. And as per rumours, Premier League side West Ham United are interested in signing him for the upcoming season.

“There is always a slight worry,” Phillips told Football Insider. “Van Dijk has busted that myth out of the window, though. If Goldson can come down and do half as well as he did someone is getting a bargain.

“There is always a slight concern because you are not being put under as much pressure up there, you are not attacked as much or do as much defending.

“If you come down here and go to a West Ham or a West Brom you are going to get really tested.

“There is always a slight concern but I would never judge until someone comes down and has a go. These clubs will have done their homework.”

Great end to the month. 12/12 in the league. @iamjermaindefoe slotter ⚽️⚽️⚽️

West Ham United are heavily interested in signing Connor Goldson at the end of the 2019-20 season but Steven Gerrard will not be too pleased to see the defender move out.

The Teddy Bears are planning to offer a new deal to the 27-year-old which they are confident he will accept.

But some experts believe, if a top Premier League club like West Ham United come calling, it will be very difficult for both the Gers as well as Goldson to resist a move.

While the defender will love to return back to England next season, Rangers might be forced to cash in on him since the Hammers are willing to pay around £6-8 million for the centre-back which is a lot of money for the Scottish side.

Read: Rangers receive a massive boost in the signing of this forward.

Read: Rangers battling a host of PL clubs in the signing of this striker.

Read: Here’s why Rangers might have to part ways with this 23 Y/O.

Read: Rangers might be ready to cash in on this 27 Y/O defender. 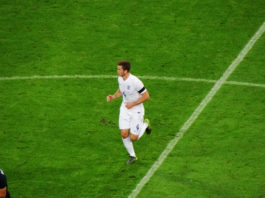 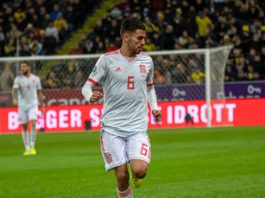