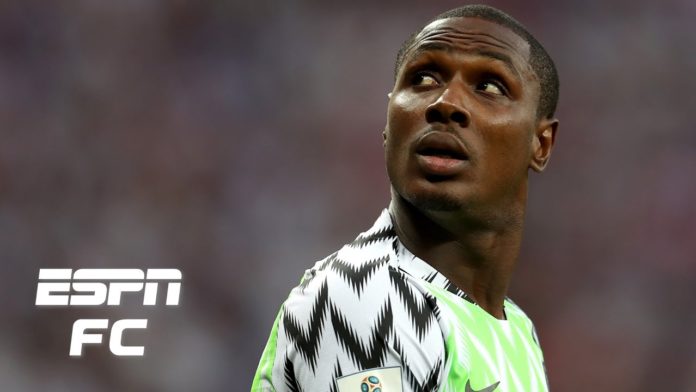 Manchester United have signed former Watford striker Odion Ighalo on a six-month loan deal as a replacement to the injured Marcus Rashford.

The club released an official statement after the signing: “Manchester United can confirm that Odion Ighalo will join on loan from Shanghai Greenland Shenhua until the end of the season.

“A lifelong Reds supporter, the experienced 30-year-old centre-forward is set to bolster our squad for the second half of the campaign, as the club competes in the Premier League, UEFA Europa League and Emirates FA Cup.”

And while many pundits and fans feel this signing might turn out to be a flop at Old Trafford, but according to former defender Jaap Stam, the 30-year-old has nothing to lose which could be the catalyst for him to perform with all his might.

“He’s got nothing to lose because nobody thought he would be a United player,” Stam told SkySports about Odion Ighalo.

“United have the confidence in him. We’re all a bit surprised, but he can just go in there and do his thing. We all want to see United get back up there.

“Like all former players and United supporters, we wish him well. He’s joining a big family. Everybody within the club hopes that every player will do well and is going to perform.

“He’s now playing with better players than he was at Watford, so he will get more opportunities to score than at Watford.

“I’m sure he’s got the ability. He wasn’t their first choice, but you assume people have seen him and trust what he can bring.”

The player did manage to score 17 goals in 55 games for the Hornets and has also netted 46 goals in the Super League. Recently, Solskjaer admitted that he needs a striker who is willing to break his nose in order to score a goal and given that Odion Ighalo is a life-long Man United fan, there’s every chance that he can be the ace in the deck for the Norwegian manager.

Which Premier League side is likely to land this Serie A winger in the summer?

Can Liverpool really sign this Man United transfer target or are they running a failed race?

This Rangers man might seek to join a PL club courtesy Van Dijk: Which one?

Celtic might be able to sell this player for as much...