Chelsea and West Ham United have been given a huge boost in the signing of Gabriel Barbosa – according to reports.

Gabriel Barbosa joined Inter Milan in the summer of 2016 but since then the forward has moved around various loan spell and right now he is out on loan to Flamengo.

At Flamengo, the 23-year-old has really hit his peak form scoring 43 goals in just 59 appearances over the past year which is why a number of big European clubs have shown interest in signing him.

Both Chelsea and the Hammers are planning to bring in reinforcements during the January transfer window and as per reports, both these are ready to fight it out for the signature of Gabriel Barbosa.

Up until last week, it was still not sure as to what the future holds for the centre-forward but now it seems the player will be ending his loan spell with Flamengo.

Barbosa recently posted a tweet in which he thanked the Flamengo fans and also the club which is a clear indication that he is heading back to Europe.

And there’s a large number of people who feel that he could be playing in the Premier League very soon.

It’s no secret that Inter Milan have no interest in keeping the player and will be more than happy to cash in on the forward.

The Blues are set to let Olivier Giroud move out and maybe Michy Batshuayi is also heading out and if they can manage to bring in Gabriel Barbosa as a backup to Tammy Abraham then surely it will be a job well done.

The Hammers, on the other hand, are struggling in the league but now they have a new manager in the form of David Moyes who will surely try and bring in some fresh legs this month.

Now what we have to wait and see is just how much Inter Milan are actually quoting for the sale of Gabriel Barbosa.

Read: Chelsea could finally secure the signing of this 27 Y/O forward.

Read: Here’s why this team can finish in the top-four come May. 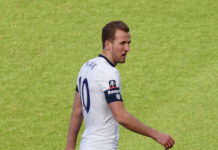 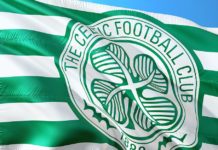 “I will be at Chelsea next year,” Blues star makes a...

Former Arsenal star reveals how the Gunners have gotten it all...