Mikel Arteta has been appointed the new Arsenal manager after the club chose to sack Unai Emery a couple of weeks ago. And it’s safe to say the team has been moving in a positive direction under the guidance of the new boss.

Many felt that Emery had lost the confidence and faith of the dressing room which was one of the major reasons for his downfall at the Emirates.

But the way the Arsenal players played under Mikel Arteta during the 2-0 win against Manchester United, it’s more than evident the new manager has the full backing of his squad.

And speaking to the press, the Spaniard has also revealed that it is one of his main focus to bring in more stability within the squad if the team wishes to move towards a positive direction.

The new manager said as reported: “The more stability we can generate with our captain and the players we have in the squad, I think the more clarity we will have to transmit to the fans what we are trying to do.

“There are many factors, some we cannot control, but at the moment everything is OK and not the time for me to change things in place because I haven’t seen real things to make the decisions.

“I have been at clubs that have four or five captains. It is more a leadership group than captains. At the end, it is one guy wearing the armband and after the team picks the leaders.

“The moment they pick the leaders is when someone talks if they listen or they are looking at the roof. That is when you see.

“The leadership many times is related to how this team lives together.

“The moment you start to see different groups, they have leaders in this group, but they are not shared in the best common interests of the group and this is what I wanted to avoid.

“We have some leaders, some are more leaders on the pitch and some more outside the pitch. Some have influence to players that is very necessary. We want to bring all together.”

Read: Arsenal could be handed a key advantage over Spurs in the signing of this defender.

Read: Arsenal and Spurs receive a major boost in the signing of this £43m winger. 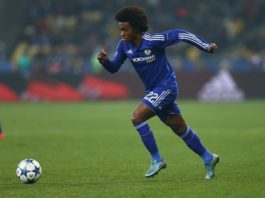 Arsenal eyeing a move for this ex-United flop as a replacement... 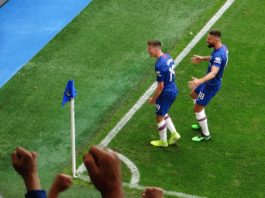