Barcelona flop Philippe Coutinho is one of the most sought-after players in Europe this summer and it looks like Chelsea could be a possible destination for him.

Football London’s senior club writer Alan Smith revealed that Chelsea might be looking to sign the playmaker during the ongoing transfer window but they are yet to make any significant progress.

“If there was an opportunity for them to sign Coutinho, personally I feel he would be a pretty good fit,” Alan Smith said, via Football London.

“Again it would depend on if, hypothetically speaking, Willian and Pedro both leave there are gaps they need to strengthen in.

“Coutinho, it’s not really worked out for him since leaving Liverpool but who’s to say he can’t turn it back on if he arrived back in the Premier League?

“If there is a decent deal at a reduced price to what you would expect, then it’s a move that a lot of clubs would jump at.

“It’s one to keep an eye on, but at this stage, there’s no agreement or advanced negotiations as such on that end.”

Coutinho is someone who will really elevate Frank Lampard’s side next season but we do not think the manager will want to sign him, especially since he is already targetting someone like Kai Havertz.

Also, fellow Premier League side Arsenal are in advanced talks with Philippe Coutinho and we just do not think Chelsea will be eager to budge in and get into an unnecessary transfer war.

They would much rather focus on signing the Bayer Leverkusen prodigy and let their London rivals sign the Barcelona misfit.

Read: 28 Y/O playmaker told to snub a move to the Premier League.

Read: Chelsea could suffer a setback in the signing of this 23 Y/O full-back.

Read: Lampard opens doors for his player to join Arsenal. 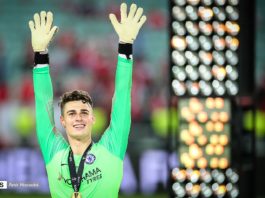 Here’s why Kepa & David De Gea have been urged to...

Is Frank Lampard using his best player in the wrong position... 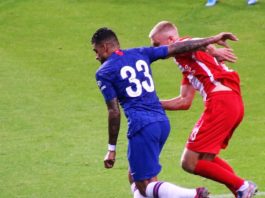