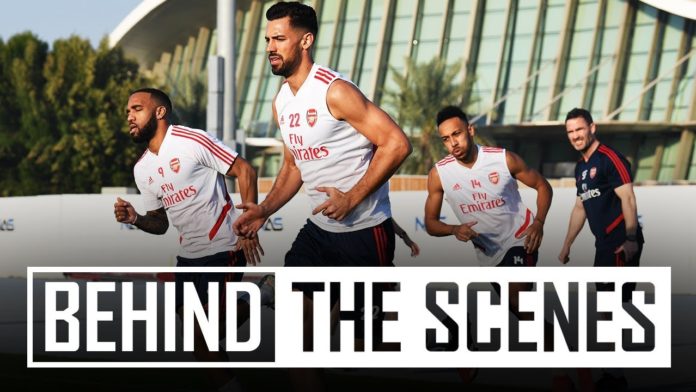 Arsenal brought in defender Pablo Mari from Flamengo on loan for the remainder of the season and David Luiz has explained why the Brazilian will be a hit at the Emirates.

According to the Gunners centre-back, his mentor Jorge Jesus has given Pablo Mari a stamp of approval after having coached him at Flamengo which is one of the biggest reasons why the 26-year-old will be a success at the Emirates.

“I speak with Jorge every week, he’s really my friend. He told me to welcome him in the best way because Pablo is ready to play,” said Luiz, as quoted by Standard.

“He’s a great player, he did amazing in Brazil under Jorge Jesus, a coach I know very well. Jorge is my friend and one of the top coaches in the world.

“It was a pleasure for me seeing Pablo and Rodrigo Caio, another friend, doing really well in Brazil. I hope Pablo can help us.

“Pablo was courageous, not scared to try something big [by moving to Brazil]. It was the same with Jorge Jesus, to go to Brazil as a European coach.

“He did great and Brazil is improving a lot, especially in a tactical way. Before it was just players with individual talent and not tactics.

“Now the football there is improving a lot with its tactical approach, like Tite did with Corinthians.

“That’s why he did such an amazing job, Jorge and everybody. Brazilian football is improving a lot, the quality was always there but now the tactical part is.”

Initially, Flamengo had backed off from a deal claiming that Arsenal had changed the arrangements which is why Pablo Mari was called back to Brazil.

But then everything sorted out and now the defender has joined the Gunners’ first-team for their warm-weather training in Dubai.

Read: Arsenal could reignite interest in signing this 27 Y/O full-back.

Spurs Join Chelsea, Arsenal And Juventus In The Race For This...

Are Arsenal really planning to drop their interest in signing ‘this’...