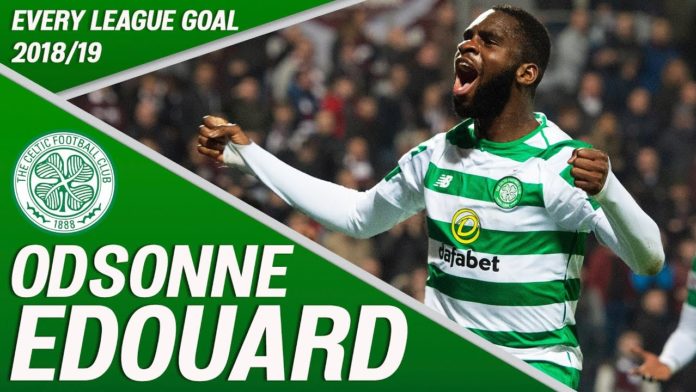 According to pundit Charlie Nicholas, both Chelsea and Manchester United should look to sign Odsonne Edouard as a replacement to their current transfer target Moussa Dembele.

Both United and Chelsea have been heavily linked with Dembele and various reports claim the two clubs could try and sign the Lyon man at the end of the current season.

But Charlie Nicholas feels that Celtic forward Odsonne Edouard is capable of doing the same job as Dembele and he certainly has the ability to play for either Manchester United or Chelsea.

“Odsonne Edouard is good enough to go and play at a Chelsea or a Manchester United,” said Nicholas, as quoted by Standard.

“I say that with some confidence. I think he could go into both their squads and make a real impact.

“That is how much ability he has. It is up to him how far he wants to go in his career. The sky’s the limit.

“Why have I picked these clubs? Because they have both been linked with his former Celtic striker partner Moussa Dembele in recent months.

“For me, Edouard is a better footballer than the Lyon striker and his fellow Frenchman.

“He is absolutely nailed on to win the player of the year award in my opinion.”

The Bhoys signed Odsonne Edouard from PSG back in 2018 for a fee of around €10.30 million which is certainly a lot in terms of Scottish football standards.

But having said that, the 22-year-old has not disappointed at all having already netted 23 goals in all competitions for the Glasgow outfit this season.

Currently, TransferMarkt values Moussa Dembele at €40 million while the Celtic forward is valued at only €15 million and given the performances that he has put in so far, Odsonne Edouard would be an absolute steal.

Read: Here’s how much Man United & Chelsea will have to pay to sign this 19 Y/O sensation.

Read: Chelsea eyeing a move for this 22 Y/O American to solve their defensive crisis.

Former English International becomes the butt of all jokes after what...

‘This’ teenage midfielder moves one step closer to joining Celtic despite...

Former EPL striker will move to Scotland only if the Old...