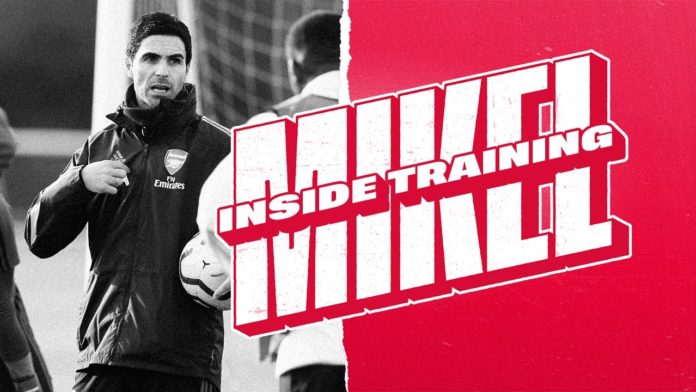 Mikel Arteta was appointed as the new manager of Arsenal soon after Unai Emery was shown the door. And as per Hector Bellerin, the Spanish boss is bound to see success at the Emirates.

The former Man City coach was eager to take charge of Arsenal but many pundits and experts were sceptical about appointing the novice manager. But its safe to say that Arsenal have been heading in a positive direction under the guidance of Mikel Arteta.

While the North London club have been failing to pick up wins during their last couple of matches but the performances of the players has certainly gone up a notch.

And Bellerin feels Mikel Arteta has the recipe of success which can help bring back the glory days at Arsenal.

“Mikel has been an appointment to build upon. He has the philosophy of Arsenal from the start when he came as a player,” Bellerin said at Arsenal’s training camp in Dubai, UAE, as reported.

“They knew that he was the right person to lead the dressing room because he became a captain as well. I think it’s a great choice and that it’s [good] for the future.

“That’s the way we’re training as well. We obviously want to win the games that we have in hand but we also want to build a good foundation.

“It doesn’t matter what first XI is starting on the pitch, everyone knows what their job is.

“They’re very different types of managers. Mikel has always been very tactical in the way he’s worked. His whole life he’s been very professional and with very clear ideas.

“He’s put that into the team really quickly and the discipline in the dressing room has changed a lot.

“It’s early doors. He has a new philosophy and new ideas. I think that the way the team has implemented that in the last few games, it’s clear that there’s been a big change.

“I think sometimes we just need to be a bit more efficient in front of goal but that’s something that’s also due to confidence.

“When you see that you’re playing better and you’re controlling games better, that’s something that will come at the end of the day and I’m sure you’re going to see that very quickly.”

Read: Arsenal outcast explains why he did not leave the Emirates in January.

Read: Pundit wants the Gunners to let this star player leave on a free transfer.

Read: David Luiz explains the reasons why this man will be a success at the Emirates.

He’s got a point: ‘This’ SPFL manager could become the next...

‘This’ player looks in line to start for Arsenal vs Liverpool...