Mikel Arteta has been trying to make radical changes to the Arsenal squad and so far things seem to be heading in a positive direction.

After beating Man United 2-0 in the Premier League, everyone was hoping that they will be able to pick up an easy win vs Crystal Palace but unfortunately, that match ended in a draw.

This draw has affected Arsenal’s hopes of getting back into the top-six but still, their performance was praiseworthy and it was only a small lapse of concentration which helped Palace get back into the game.

And speaking after the match, Mikel Arteta has revealed how he has instructed his players to play and this tactical approach could set the tone for the Gunners for years to come.

“I asked them to go 100 miles per hour to chase the ball, to be very aggressive when we didn’t have it, to win it back as quickly as possible and they tried to do that,” he said to Arsenal’s official website.

“We need to know that there are certain areas we can do it. Against these kinds of teams, it’s dangerous because they bring the two centre backs up. They put the ball in the box and you have to defend.

“Their goal was a consequence of a sequence of a number of things that happened afterwards. We have to know to play these situations a little bit better.

“In terms of effort and spirit that they showed – it was top.

“It’s game management, it’s game moments, and we’ll get better at it. We need to know that at this type of ground, that we don’t want to put ourselves on the back foot in set-piece situations because they are really good and work a lot on it.”

Many pundits and even journalists have come out to praise Mikel Arteta and his management skills at Arsenal and there have been reports that even the Arsenal players are very happy with how the new manager is going about things in the training sessions and also his attention to details.

Read: Pundit admits that he was wrong about this Arsenal man. 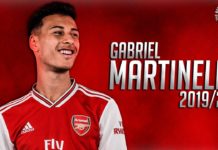 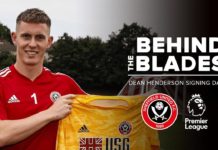 ‘This’ Arsenal forward might head back to his former club during...

Why does ‘this’ teenage sensation follow Arsenal so keenly despite not...

Henrikh Mkhitaryan’s final goodbye to his Man United team-mates was anything...