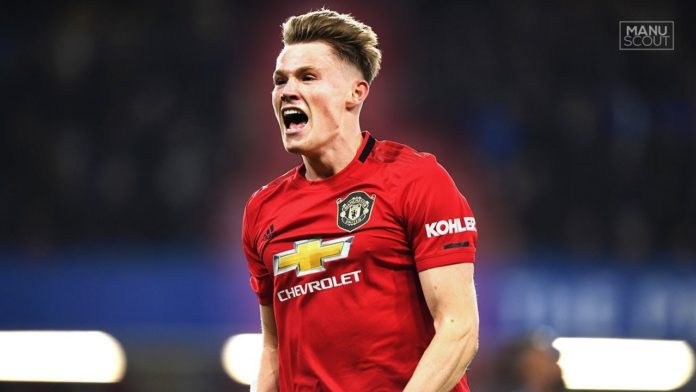 Manchester United midfielder Scott McTominay has been on the sidelines with an injury since Boxing Day but he’s returned back to training during the winter break.

The Scottish international along with other the injured players(Axel Tuanzebe and Timothy Fosu-Mensah) joined the Red Devils in their warm-weather training break and since then some reports have claimed that Scott McTominay might be in line to start against Chelsea on Monday.

The game will surely be an evenly contested encounter but some experts believe that the Red Devils have a bit of a psychological advantage going into this game simply cause they have already beaten Lampard’s men twice this year. But various free betting websites though feel that the Stamford Bridge outfit should be able to pick up a win in their home turf. But if somehow, McTominay can make himself available then surely it will be a big boost for Ole given the youngster can then be used as a layer of extra protection to the backline.

Here’s what Ole Gunnar Solskjaer had to say about the fitness of McTominay and his other injured players.

“I hope that we will see some of them before the end of this week, but next week will be a big week for them as well to get them match fit,” Ole told the club’s official website.

“Hopefully we can get them back on the pitch with their kit on soon. Overall, during every season, every team has injuries and we have been hit badly this year and we have felt the lack of numbers.

“But when everyone is back, the competition for every place is big and hopefully we will have two games every week.

Scott McTominay is back 😎 pic.twitter.com/j4UcrtcE4j

Well, the return of Scott McTominay is certainly fabulous news for Manchester United since the midfielder has already missed 11 games for the Old Trafford outfit.

But having said that, we don’t think the Scottish international will be tailored in time to start against Chelsea on Monday.

While the fans and even Solskjaer would love to see him start at Stamford Bridge but surely he won’t be rushed back to action chiefly since Paul Pogba is still a few weeks away from being fully fit.

At best, Scott McTominay could get a place in the matchday squad against the Blues but he will surely be in contention to start in Man United’s Europa League clash next week.

Read: After the Ziyech deal, will the Blues pull out of the race to sign this teenage sensation?

Read: Man United could receive a major boost right before the Manchester Derby.