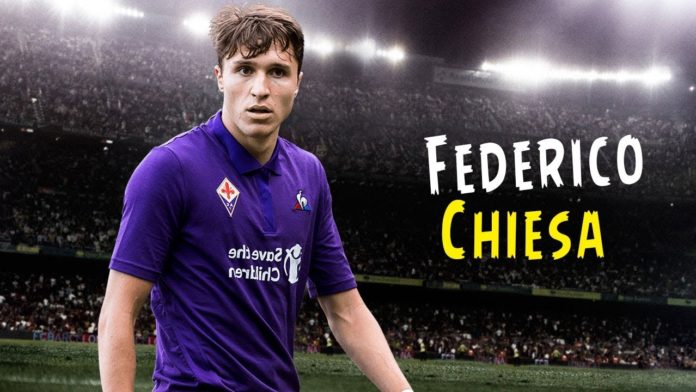 Manchester United are interested in signing 22-year-old winger Federico Chiesa from Italian side Fiorentina – as per the latest reports.

Federico Chiesa is a youth academy product of his current club and this season has made quite a splash in the Serie A, scoring six and assisting five goals in 23 games for the club.

The player seems to have caught the attention of a number of top European clubs with Manchester United being one of them and the Red Devils could make a move for him in the summer.

As per TransferMarkt, Federico Chiesa is currently valued at 60 million but signing him will not be a walk in the park for Manchester United since the winger still has two years left on his current deal meaning Fiorentina are in no hurry to offload him yet.

The other big question is whether Man United really need to spend so much money on a right-sided winger when the manager already has players like Daniel James and Mason Greenwood amongst his ranks.

Well for starters, one hopes Man United will be seriously fighting for the Premier League title next season in which case, Solskjaer would really require a strong squad. And in such a scenario, Federico Chiesa will most certainly come in handy.

Also, players like Pereira and Jesse Lingard has turned out to be massive flops for the Old Trafford outfit meaning there’s every chance these two could be sold off in the summer.

But what remains to be seen is if Federico Chiesa is willing to fall down the pecking order in order to sign for a club like Manchester United or does he need a guaranteed first-team spot.

If the player chooses the second option then it will be really hard for Solskjaer to cut a deal since there’s no way that the manager can downgrade youngsters like James and Mason Greenwood especially after the performances they have put in this season.

So now, Man United will now have to decide if they are willing to spend so much money on a potential benchwarmer for the upcoming season.

Read: Why Ole Solskjaer might be a better manager than Jose Mourinho.

Read: Chelsea willing to break the bank for this Man United man.

Arsenal or Tottenham: Which club will this 26 Y/O winger join in the summer?

Wolves & Newcastle can start a bidding war for this Serie A striker: Here’s why

Rangers battling a host of PL clubs in the signing of this striker: Do they even stand a chance?

Arsenal likely to miss out on this 25 Y/O midfielder: Off...

Here’s why Rangers might have to part ways with this 23...