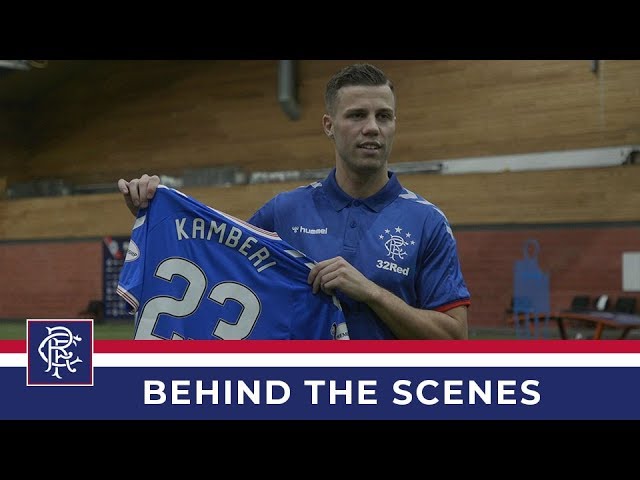 Rangers FC brought in Florian Kamberi on a short-term loan deal from fellow SPFL side Hibernian during the summer transfer window. But it looks like Gerrard wants him to stay.

Florian Kamberi joined Hibernian in the summer of 2018 from Swiss side Grasshoppers and he ended up scoring eight goals and providing five assists in 29 league games for the club.

This season though has been rather underwhelming for the 25-year-old since he’s managed to net only four goals in 25 games this season but his performances since joining Rangers have been pretty pleasing.

And while some rumours had claimed that Gerrard will let him leave in the summer but now it seems like the manager is willing to take the gamble and sign Florian Kamberi on a permanent deal at the end of the season.

This though will not be a simple move since the current loan deal does not have a clause to buy meaning the Gers will have to sit down with Hibernian and negotiate a transfer price.

And as per reports, Rangers might have to shell out £1 million for the permanent services of Florian Kamberi next season.

Right now Kamberi seems to provide a great backup to Alfredo Morelos and Jermaine Defoe but chances are that Morelos might be heading out in the summer in which case Florian Kamberi could be pushed up the order.

And maybe even Gerrard knows this for a fact that it will be impossible for Rangers to hold onto Morelos for one more season which is probably why he is interested in signing the Hibernian loanee on a permanent deal.

So far Kamberi has played in only nine games for the Ibrox outfit this season meaning it will be very difficult to judge his long-term impact at the club. But surely Rangers will give it a hard thought since they might have to shell out a hefty amount.

Read: Here’s how the Champions League and the Europa League might be completed.

Read: Cancelling the major leagues might be really hard but not for all the teams.

Read: Will EURO 2020 be postponed to the next summer?

Read: There might be a solution to solve this Premier League suspension.