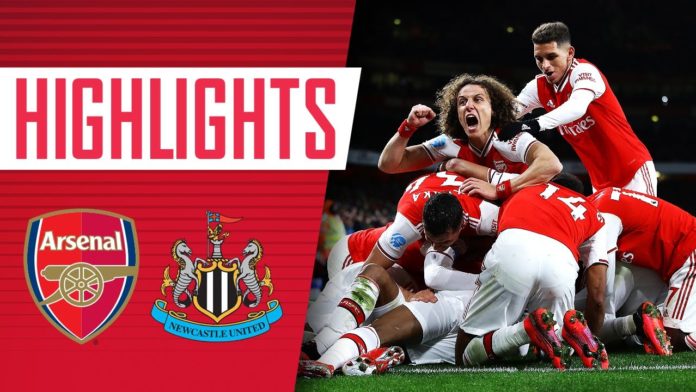 The manager has explained that the youngster has been training really well for the past couple of weeks which is why he made the decision to drop Alexandre Lacazette vs Newcastle United.

The manager told Arsenal.com: “The message is very clear, whoever trains like they do and I see that they have the abilities, the quality and their hunger like he’s done to perform today, he’s got a chance to play.

“Today I decided to play Eddie because he has been training in a phenomenal way, I decided for him not to go on loan and to stay and as well I have to support that decision. Laca has been playing all the games with me, he hasn’t scored and I told him the decision why and he accepted really well.

“I said ‘come out and you will score a goal’, he did and I’m so pleased not just for the goal, but for the reaction of all his teammates and the staff.

“They showed how much they love him and the reason why is because this guy works his balls off every day.”

Will Alexandre Lacazette be dropped vs Olympiacos?

This will be the first European game in charge for Mikel Arteta at Arsenal and there’s a chance that the manager could rest some of his big names for Thursday’s clash.

But having said that we don’t think the manager will keep Alexandre Lacazette on the bench since the forward played only 10-odd minutes against Newcastle United last weekend.

While we are confident Lacazette will start vs Olympiacos but the forward might not last the full 90 minutes since Arsenal have an all-important clash vs Everton in the Premier League on Sunday.

Read: Arsenal fall behind in the race to sign this out of favour Merseyside star.

Read: Arsenal defender makes a bold claim about playing under his new boss.

Read: Here’s why the Gunners fans and players should be really happy with Mikel Arteta.

UEFA hints at the fate of all the major leagues in Europe: And it’s bad news

Real Madrid vs Barcelona: How the La Liga giants have responded...

This Arsenal star might not be joining Manchester United: Here’s why

Arsenal team news vs Eintracht – Europa League: Youngsters to be...

Key Arsenal forward might be unavailable for the Europa League clash...

All the stats you need to know before the Sweden vs...