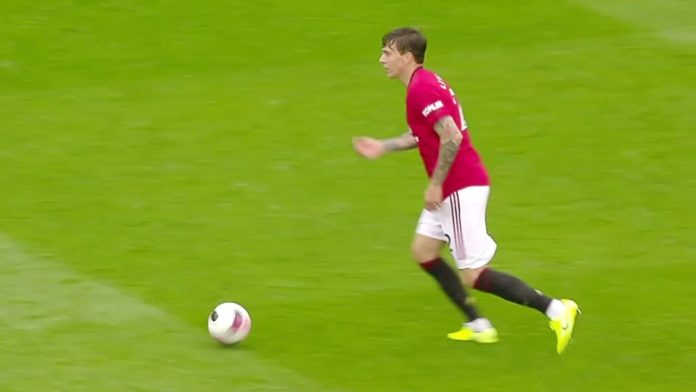 Man United take on Burnley in the Premier League this week and Marcus Rashford along with a number of other players have been ruled out of this match.

Manchester United suffered a humbling defeat at the hands of Liverpool during the weekend and Ole’s men will be eager to get back to winning ways during the week but it looks like the manager could have had another injury setback in the form of Victor Lindelof.

The defender has been rock solid in defence this season but on Tuesday he was sent back home from training as a precaution due to illness and now the Swede could be ruled out for the Burnley game.

This incident took place after the manager had conducted the pre-match press conference so obviously there were no updates on the player but we don’t think the manager will be sweating too much since Eric Bailly has returned back from injury.

Apart from Lindelof and Rashford, Man United have a long list of other injury absentees and the manager gave updates on them and also revealed that Juan Mata is in line to start.

“I don’t think there were any other knocks in that game [last weekend] so we should have the same players to be available against Burnley, which is positive,” Ole told the club’s official website.

“Of course, we are stretched and some of the players have played a lot. And they’re improving for it and will reap the benefit and get stronger physically and mentally more robust.

“Of course, it’s great having Eric [Bailly], Diogo [Dalot] and Luke [Shaw] back in so we have got more choices.

“It’s a blow Marcus [Rashford] being out but that’s football. It’s part and parcel of it. He’s been fantastic all season for us and now, unfortunately, we have to do without him.

“Of course, Mason is going to get more chances now. Juan will have to step up again, so there will be more chances for the ones we’ve got in the squad.”

Read: Solskjaer explains what he plans to do after the injury to Rashford.

Read: Here’s why Man United failed to break down Liverpool at Anfield on Sunday.

Southgate explains why he’s made Raheem Sterling’s suspension from the England...