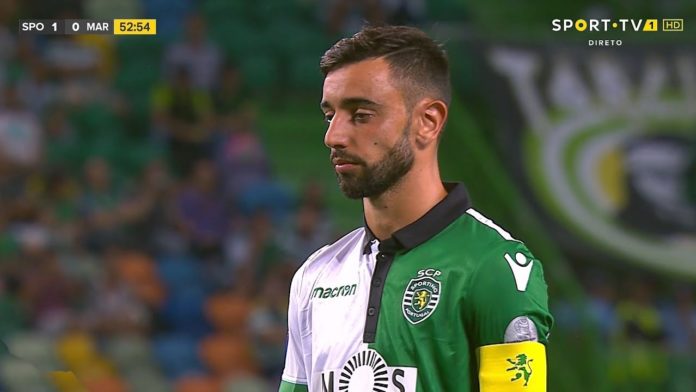 Man United have been trying to sign Bruno Fernandes desperately this month and at one point it looked like the player was about to join the Old Trafford outfit.

But during the past couple of days, things have taken a turn for the worse with multiple reports claiming that Sporting have bumped up the asking price for Bruno Fernandes which as left the Premier League outfit in a bit of a fix.

Manchester United were willing to offer £42.6m upfront plus another £25.5m in bonuses and it looks like Sporting is not too keen to accept the terms which is why they have been looking to hold onto the midfielder.

Now though Sky Sports’ Dharmesh Sheth has claimed that the transfer has made significant progress and there’s a huge possibility that Man United will be able to sign Fernandes by the end of this week.

He said as quoted by talkSPORT: “The information Sky Sports News are getting from Portugal is there is a growing confidence a deal to take Bruno Fernandes from Sporting Lisbon to Manchester United will be agreed this week.

“We have spoken to someone who deals with Sporting this morning who says “the sharp edges” of the deal still have to be finalised, but claims both parties are moving closer on the price and more importantly the structure of payments.

“It’s been suggested that the delays in getting the deal done are down to agents fees and more specifically, Man United’s unwillingness to deal with Jorge Mendes.

“The agent has close ties with Sporting and helped facilitate a number of moves in the summer to help ease the club’s financial issues. In return, it is thought Mendes wanted to be involved in all future deals involving Sporting.

“However, despite not being involved in negotiations over Fernandes, there is a suggestion Mendes would still want to be paid as per his agreement with Sporting.

“This could be the reason why Sporting appeared to have changed the goalposts with regard the price – are they trying to cover what they’d have to pay Mendes in the amount they want from Man United? If so, it could be a reason why there is a delay.

“Man United do not want to cover any shortfall Sporting would have caused by payments to Mendes.”

Read: Man United dealt with another injury blow before they take on Burnley?

Read: Solskjaer explains what he plans to do after the injury to Rashford.

Neil Lennon might have found a replacement to Fraser Forster: Who is he?

Rangers receive a massive boost in the signing of this 24...

Chelsea planning to make a move for this keeper & it’s...