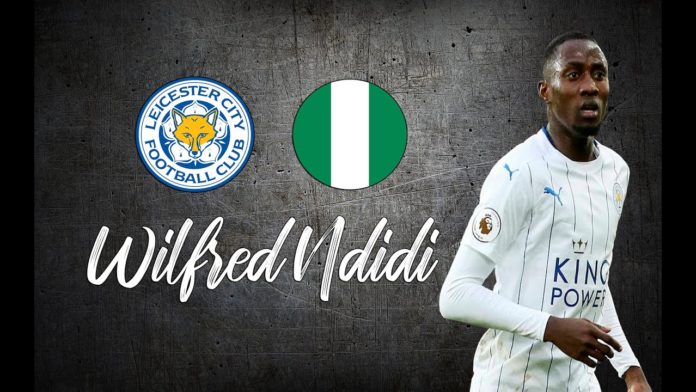 Leicester City manager Brendan Rodgers has claimed that midfielder Wilfred Ndidi could feature against West Ham United in the Premier League on Wednesday.

The 23-year-old had to undergo surgery after having suffered a knee injury during the 2-0 victory over Wigan Athletic but it looks like he’s made an early recovery and should atleast be in the matchday squad for Leicester vs West Ham game.

“Yes, there’s a great chance he’ll be in the squad for tomorrow,” Rodgers told the media as quoted by the clubs’ official website.

“We’ll see how he is from today.

“He’s made an incredible recovery. I think that’s the thing with the type of operation he had, people will recover in different timescales. For Wilf, it was 11 days.

“He’s been out on the pitch, he’s had all the tests. It’s a great testament to him and our medical team, the work that’s gone into getting him fit. He’s available, we think.

“We’ll give it another period of time just to make sure that he feels good and feels right in himself. He wasn’t one that we wanted to rush, but over the course of the last number of days, he’s been fantastic.

“He’s been in duels, he’s had the test and if there was going to be any effects, it would have taken place over the last few days. He’s come through it really well.

“He allows to defend and to defend forward. He covers a lot of space for our attacking players and there’s not too many players better than him who do that job.”

This season Wilfred Ndidi has been a stellar performer for Leicester City having featured in 20 Premier League games before he picked up an injury but what remains to be seen is whether the manager names him in the first XI vs the Hammers or gives him a much easier comeback stage against Brentford next weekend.

Read: Why Leicester City might have to sweat to pick up a win vs WHUFC.

England could be in serious trouble for the EURO 2020: Here’s...