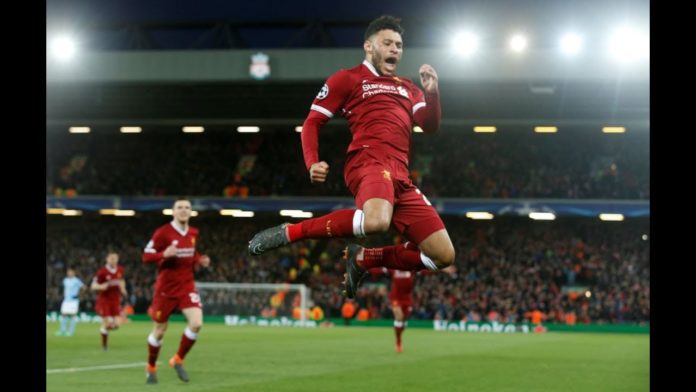 Alex Oxlade-Chamberlain has managed to play in only 14 Premier League games this season and most of these outings have come during the last couple of weeks when the likes of Fabinho and Naby Keita have been out injured.

The England international has played only 638 minutes during his 14 appearances meaning on average he has only managed around 45 minutes in each of these matches.

This is clearly not what he expected when he left Arsenal to join Liverpool and there have been reports that Alex Oxlade-Chamberlain is frustrated with the lack of playing time that he’s been receiving under Jurgen Klopp.

And while the Liverpool was talking to the press before the Wolves game, the German was asked about the Alex Oxlade-Chamberlain situation and here’s what he replied.

The manager said as quoted by the club’s official website: “Oxlade is in a good shape. He’s not [frustrated with himself], he just looks like this. I asked him, it’s all fine.

“It’s normal a player wants to play 90 minutes. We have to learn from our own past. Oxlade is an unbelievably important player for us and there are moments in a game when players get a bit tired, then they show up again and stuff like this.

“I try to read the players during the game and try to understand in which moment or situation they are, energy level-wise and stuff like this. I make a decision and sometimes I hit the point and sometimes not.

“Maybe with Ox last time I was a bit too early but he got a knock on top of that, he was limping a little bit.

“If a midfielder is limping you start looking in more detail and then if in one or two defensive situations the midfielder is not there where he should be, you think, ‘OK, it has an impact’ and then we have to make a decision.

“That’s what we did. After the game, it didn’t feel that bad anymore with the knock he got. That’s good, absolutely good and all OK. Most of the time we had really good options to make substitutions and in this case as well.

Read: Liverpool receive a major injury boost before their clash vs Wolves.

Read: Liverpool suffer a major injury right before their clash vs Wolves.

Read: Here’s why Man United failed to break down Liverpool at Anfield on Sunday.

Liverpool could see two players return to action against the Hammers:...

Cristiano Ronaldo names five players who can rival him for the...