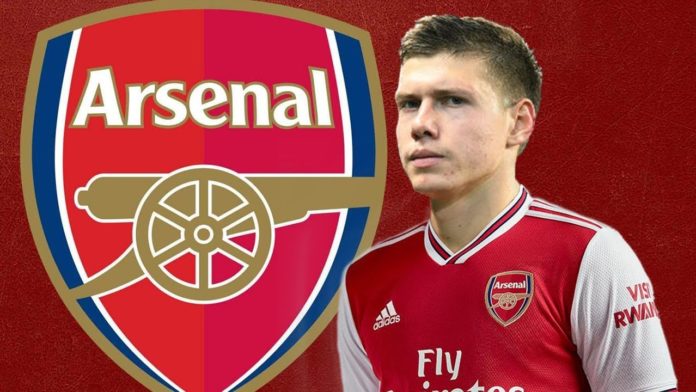 Arsenal have desperate to sign a new central defender this month and as per reports, the Gunners are eyeing a move for Shakhtar centre-back Mykola Matviyenko.

Mykola Matviyenko has come up through the ranks at Shakhtar and the 23-year-old is already a professional for the Ukranian national side having played for them 26 times.

And as per the player’s agent Yuriy Danchenko, Arsenal are trying hard to sign the player before the end of the current transfer window.

“Recently, my colleagues and I have been in constant contact with Arsenal representatives, and we have meetings,” Danchenko said.

“The Gunners’ representatives have already contacted Shakhtar and we hope that these negotiations will be successful.

“[Shakhtar] do not so often sell their academy products to the leading clubs in Europe, so this transfer can be very significant for them. Let’s see how things unfold further. Arsenal wants to complete the operation by February 1 – in the current transfer window.”

Arsenal are in desperate need of defensive reinforcements especially after the red card shown to David Luiz during the match vs Chelsea.

The straight red means, Luiz will miss the next three matches and this is a big concern since Sokratis is also out with an illness while Calum Chambers has been ruled out for the rest of the season.

And with the Europa League about to begin next month, it will be absolutely necessary that Arsenal wrap up the signing of Mykola Matviyenko by the end of this month or else they could be in serious trouble.

Read: Lampard throws this Chelsea man under the bus after the Arsenal draw.

Read: Looks like Arteta has successfully turned one Arsenal player into his loyalist.

Inter Milan want to sign not one but two London based...

England international explains why the 19-20 season should be scrapped: Agree...

Manchester City Closing In On A January Deal For This Former...