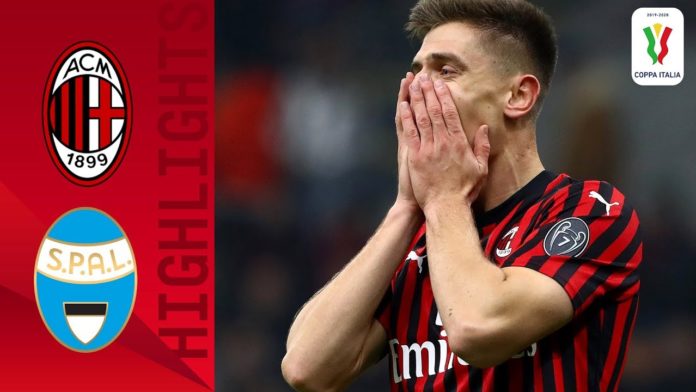 Manchester United are reportedly eyeing a move for AC Milan outcast Krzysztof Piatek as a short-term replacement to the injured Marcus Rashford.

Krzysztof Piatek joined Milan in January of last year from Genoa for a hefty transfer price but it looks like his career at the club could be over within just a year.

Krzysztof Piatek has played in 18 Serie A games so far during the 2019-20 season but has managed to find the net only four times which is a clear indication that Milan will not try to hold onto him.

And now the situation has been aggravated even move now that Milan have brought in Zlatan Ibrahimovic meaning Krzysztof Piatek has fallen further down the pecking order.

The long-term injury to Rashford has really shaken up Solskjaer’s plan and with only a couple of days left for the transfer window to shut down, the manager is eager to bring in a short-term replacement.

And according to David Ornstein of the Athletic via talkSPORT, Man United had already made an enquiry about Piatek two weeks ago and now with the injury to Rashford, they could make a move once again.

Krzysztof Piatek has been linked with Aston Villa and West Ham United during the current transfer window and some rumours have claimed that both these sides have made enquiries about the 24-year-old.

But now that Man United have entered the race, surely Villa and West Ham will fall down the pecking order but there’s one area where they could gain an advantage over the Red Devils.

It looks like Solskjaer is going to offer Krzysztof Piatek only a short-term loan deal but if either Villa or West Ham could sign him up permanently then the player could be tempted to snub the Old Trafford outfit.

But having said that not everyday a club like Manchester United come calling for you.

As per the latest reports, AC Milan have held talks with Udinese over the potential transfer of Angel Correa and Rodrigo De Paul and it looks like out-of-favour Krzysztof Piatek could be a part of this deal.

Milan have been heavily linked with the Udinese duo during the past couple of weeks and it looks like they are willing to let Piatek go the other way in order to secure the transfer.

If this holds true then surely it will be a huge blow for Manchester United are desperately looking to bring in a replacement for the injured Marcus Rashford.

And along with Man United, Spurs too are facing the same concerns with the injury to Harry Kane and the Lilywhites too have been linked with an interest in Krzysztof Piatek.

Read: Surely Man United will not be looking to sign this ex-Man City player.

Read: Will Ole Gunnar Solskjaer be sacked after Man United’s loss to Burnley?

Thomas Tuchel lashes out at Jurgen Klopp for his ‘butcher’ comments:...

Should Arsenal sell off ‘this’ unwanted defender for £4 million loss?

Former Premier League manager gives the perfect explanation as to why...