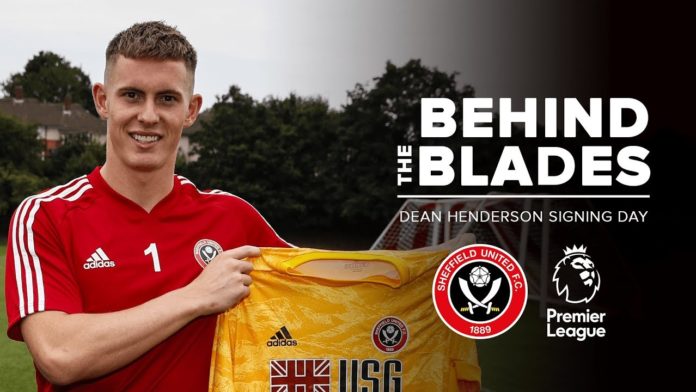 Dean Henderson has grown in leaps and bounds with Sheffield United this season in the Premier League and Chris Wilder has made it official that he’s looking to keep the player at the club for one more season.

Henderson is on loan from Manchester United but he will be returning back to Old Trafford at the end of the season.

And speaking after his fine performances against Manchester City, Wilder told reporters that he is planning for another loan arrangement for the 22-year-old if Man United are up for it.

“He wants to play first-team football,” he said as quoted by The Standard.

“Maybe I shouldn’t be saying this, but I’m not so sure he’ll play back up to anybody. Just the character of the boy. Maybe he will come out and say it.

“If there is a decision for Manchester United for him to come out to us for another year we will gladly take that up. We’ve already started talking with them, but he’s their player and that decision will be taken on behalf of Manchester United about the player. He’s been outstanding for us.

“You look at his age. He’s still a baby of 22. People talk about goalkeepers 27, 28, 29 (reaching their peak) – so he’s got five, six seven years on goalkeepers at that age. The quicker he learns the better he’s going to be.

“He’s been outstanding, I know there’s a pecking order in that England group, but they must be really good goalkeepers getting ahead of him at the moment.

“The competition is fierce and there are some unbelievably good goalkeepers, but I watch him closely every day and the performances he produces for us.”

This season, the youngster has truly shown that he is capable of replacing David De Gea as the Man United No 1 but it will surely be a mistake if Ole decides to send him out on loan to Sheffield United one more season.

De Gea’s form has already started to dip and many believe the Spaniard is no longer fit to be the number one choice keeper for the Red Devils.

And since Solskjaer is planning an overhaul at the club, this might be the perfect time for the manager to sell off De Gea for a hefty price and replace him with homegrown talent like Dean Henderson.

Read: Man United and Spurs suffer a major blow in the signing of this striker.

Read: Surely Man United will not be looking to sign this ex-Man City player.

Read: Will Ole Gunnar Solskjaer be sacked after Man United’s loss to Burnley?

10 unique facts from the England vs Panama game which prove...