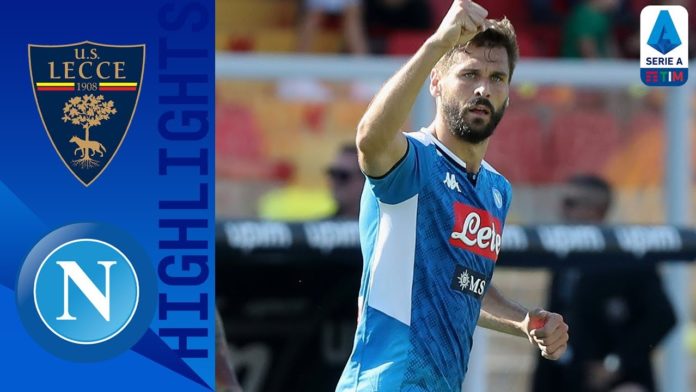 Olivier Giroud has failed to break into Frank Lampard’s first XI this season and the manager has made it clear that the club are planning to sell him off.

The Frenchman has featured in only five Premier League matches so far this season and Lampard has gone on record to say that the process of sending him off is already underway.

The manager had said: “There’s not much more to say on Olivier Giroud. We know there have been discussions and the idea that he may move on but it needs to be right for everyone and at this point, it isn’t yet.”

And as per various reports in Europe, it is Inter Milan who are the favourites to sign Olivier Giroud this month and it seems like talks have gone in very positive directions.

Now though the latest rumours suggest that Giroud’s move to the Serie could very well be halted since Inter have opened talks with Fernando Llorente in a bid to sign him on an 18-month loan spell.

Sky Sports are reporting: “Inter Milan are in talks with Napoli striker Fernando Llorente, according to Sky in Italy, which could signal an end to their interest in signing Chelsea’s Olivier Giroud.”

If this report holds true then it will be very difficult for Chelsea to offload Olivier Giroud by the end of this month.

And while some claim the Frenchman will remain as a piece of excess baggage but looking at how thin, Chelsea’s front line is right now, the centre-forward staying back might not be such a bad thing after all.

Llorente has featured in 23 games this season which clearly indicates that the Spaniard is sharper and more match fit than Giroud.

Now what remains to be seen is whether Napoli are interested in letting Llorente leave this month.

Read: Lampard throws this Chelsea man under the bus after the Arsenal draw.

Aaron Wan-Bissaka names his toughest opponent in the Premier League: Who is it?

Aaron Wan-Bissaka names his toughest opponent in the Premier League: Who...

Inter Milan want to sign not one but two London based...

Chelsea get an automatic boost in signing this La Liga centre-back:...

THANK YOU: Premier League finally takes a firm stand against a...