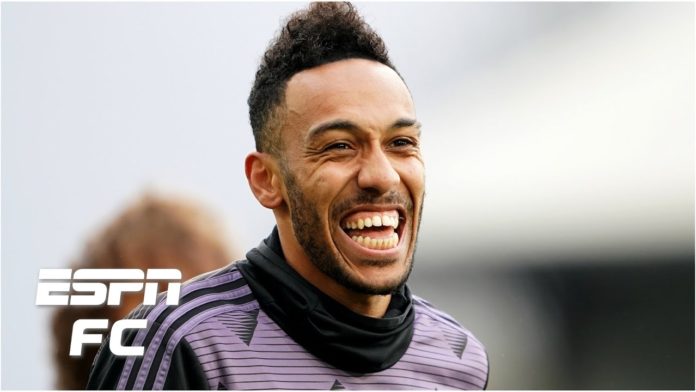 Arsenal forward Pierre Emerick-Aubameyang has agreed to join La Liga giants Barcelona – as per the latest reports coming out of Spain.

Earlier this week, there were reports of Barcelona trying to sign the Gabon international on a loan deal for the rest of the season as a replacement for Luiz Suarez.

The South American has undergone knee surgery and as per the latest updates, Suarez will be out for close to four months and Barca feel, Aubameyang is the right man to replace him in attack.

While these rumours were in its initial stages but now as per fresh updates, it looks like Aubameyang has agreed to join Barcelona in search of winning silverware.

Pierre Emerick-Aubameyang is about to enter the final year of his contract and as things stand, the forward is not too eager to sign a new deal with the club.

But having said this, we don’t think the player will be leaving Arsenal this month itself meaning any transfer will only happen at the end of the current season.

While Aubameyang has agreed to join Barcelona but the Gunners feel they can try and persuade the forward to put pen on paper to a new deal if they can get back into the Champions League next campaign.

Also, under new manager Mikel Arteta, Arsenal have been churning out good performances and if they can keep up the hard work then they have a great chance of getting back into the top-tier of Europe via winning the Europa League.

Barcelona though feel they can lure Pierre Emerick-Aubameyang into signing for them by giving him the chance to play alongside the likes of Griezmann and Lionel Messi.

After various reports claiming that the new Barcelona boss is serious about making a move for Aubameyang and wants him on board by the end of this month, Mikel Arteta has now come out to clear the air about the whole situation.

The Arsenal manager has made it clear that Aubameyang is very much happy with life at the Emirates and right now he has no intentions of moving out.

The manager said as quoted: “As far as I know, a week ago after a game at home we were discussing that he said he was so happy and he didn’t agree with the things that were written in the media and he has his future here.

“That’s what I understand at the moment.”

This isn’t the first time that Aubameyang has been linked with Barcelona but during the past couple of days, the rumours have picked speed at a rapid pace which is why the manager had to come out and clear things out.

Two PL clubs interested in signing this Chelsea midfielder: Will he move out?

Arsenal receive a major blow in the signing of this midfielder:...