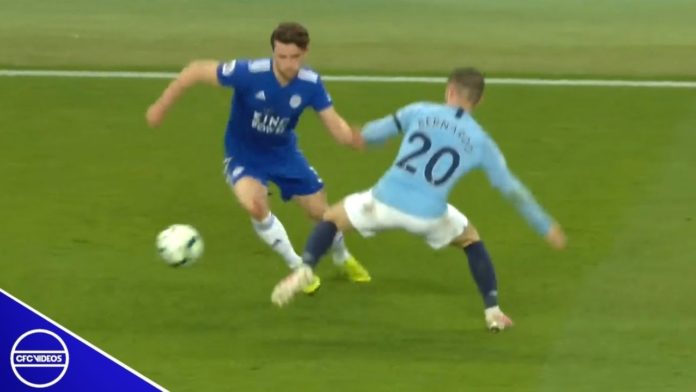 Chelsea have been heavily linked with a move for Leicester City full-back Ben Chilwell during the summer transfer window – as per reports.

The player has come up through the ranks at Leicester City and this season under Brendan Rodgers, Chilwell has seemingly caught the attention of a number of big Premier League clubs.

Frank Lampard is desperate to sign Ben Chilwell at the end of the season but as things stand, Chelsea are looking for other alternatives in case the move breaks down.

While the Blues are keeping the 23-year-old their top priority but they this for a fact that Leicester City will demand a huge fee for their left-back much like they asked for Harry Maguire when he moved to Manchester United.

And while Chelsea do have the money to spend but there are fears that they might end up paying too much for a defender which would then leave them short in other areas.

This is why the London outfit are looking at other players who could serve as a replacement to Ben Chilwell in case the Blues are priced out in the summer.

According to Goal, Chelsea are looking at a couple of players including the likes of Getafe defender Marc Cucurella and Porto’s Alex Telles.

Chelsea believe both these players can come at a relatively lower cost than that of Ben Chilwell and could also do the same amount of work as the Leicester man.

Both these players remain untested in the big leagues and if Chelsea are actually serious about them then they are taking a massive gamble.

Chelsea face a problem in their pursuit of Ben Chilwell in this summer's transfer window, with Leicester expected to play hardball over the fee for the defender.(Mirror)

But having said this, we don’t think Frank Lampard will sanction a pursuit of either of these two players until he is absolutely sure that his side can’t get their hands on Ben Chilwell.

Right now, Chilwell is valued at €50 million as per TransferMarkt but experts believe that Leicester will quote an astronomical fee for him and what Chelsea will have to decide is just how badly they need to sign a new left-back.

Read: Inter Milan looking to sign this Chelsea man in the summer.

Read: Lampard looking to bring back this 23 Y/O winger to Chelsea.

Read: Jose Mourinho could play a key role in signing this Chelsea player for Spurs.

Aaron Wan-Bissaka names his toughest opponent in the Premier League: Who is it?

Aaron Wan-Bissaka names his toughest opponent in the Premier League: Who...

Premier League new boy reveals why Liverpool will not win the...

Chelsea have joined the race in signing this Real Madrid superstar

Jose Mourinho reveals his transfer plans for the summer and his...