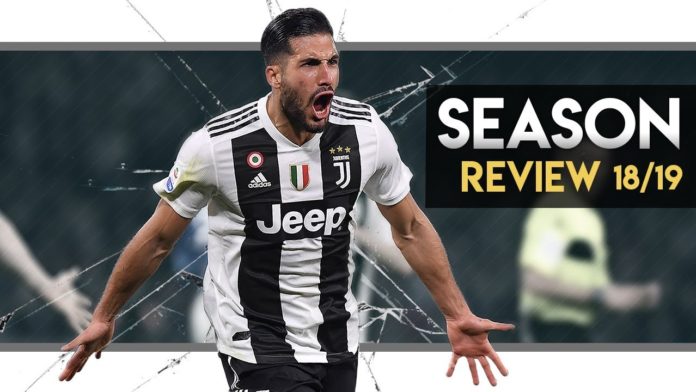 Arsenal and Tottenham Hotspur are both set to miss out on Emre Can as the midfielder looks all set to sign for Borussia Dortmund – as per reports.

Emre Can, 26 joined Juventus last season and the German was a key figure for the Turin based outfit in his first year at Italy.

But this campaign, the midfielder has fallen heavily down the pecking order having featured in only 8 Serie A games and there have been reports that he is planning to join a new club.

For the longest time, rumours had suggested that Emre Can could be returning back to the Premier League as both Spurs and Arsenal have shown interest in signing the player.

Juventus have valued Can at £25million which makes him a perfect buy for both Arteta and Jose Mourinho.

But it seems like his wages have become a stumbling block for the Premier League clubs since the 26-year-old’s wages are in the region of £260,000 per week.

Borussia Dortmund are set to sign Juventus midfielder Emre Can in a €30m deal. (Bild) pic.twitter.com/pbAzvYkomA

Jose Mourinho has inherited a really thin squad at Spurs meaning it is absolutely necessary for his to sign reinforcements this month more so now that Moussa Sissoko has been ruled out till April.

And while Mourinho has a slim squad, Mikel Arteta at Arsenal has been facing a different kind of problem since the likes of Granit Xhaka and Guendouzi seriously lack the skill to push Arsenal into the top-four of the league table.

Now though it seems like Emre Can will be heading back to Borussia Dortmund for a second stint in the Bundesliga after the German club have agreed to pay the asking price for the midfielder.

Read: Arsenal are set to rival Everton for the signing of this 28 Y/O midfielder.

Read: Arteta explains whether this Arsenal player has a future at the club or not.

Lampard eager to get his hands on this 21 Y/O English midfielder: Much-needed?

Man United might not be able to hold onto Paul Pogba...