Chelsea have been linked with a move for West Ham United midfielder Declan Rice but Paul Merson feels that Arsenal should try and sign the England international during the summer transfer window.

The youngster has had a meteoric rise for the Hammers over the past two seasons and there’s a massive chance that West Ham will be forced to sell him off at the end of the season.

And talking to Sky Sports, Merson has claimed that Arsenal badly need a player like Declan Rice in their midfield area.

Merson said: “The holding midfield position is a massive part of football now. I think some people look at the holding midfielders and think they could easily do it. They think they can easily sit in front of the back four and pass the ball five or 10 yards every time they get it, but it’s a very hard job.

“It’s so hard to not get too involved in the game, to stay patient and to stay in position in front of back four.

“Chelsea have been linked with him, but I don’t know why Arsenal aren’t looking at Declan Rice.

“Arsenal are crying out for a holding midfield player. They don’t need a midfielder who’s going to be on the edge of the opposition box, they need a disciplined defensive midfielder, who is going to sit in front of the back four and organise the side; one who, when he gets the ball, gives it simple with 10-yard passes. 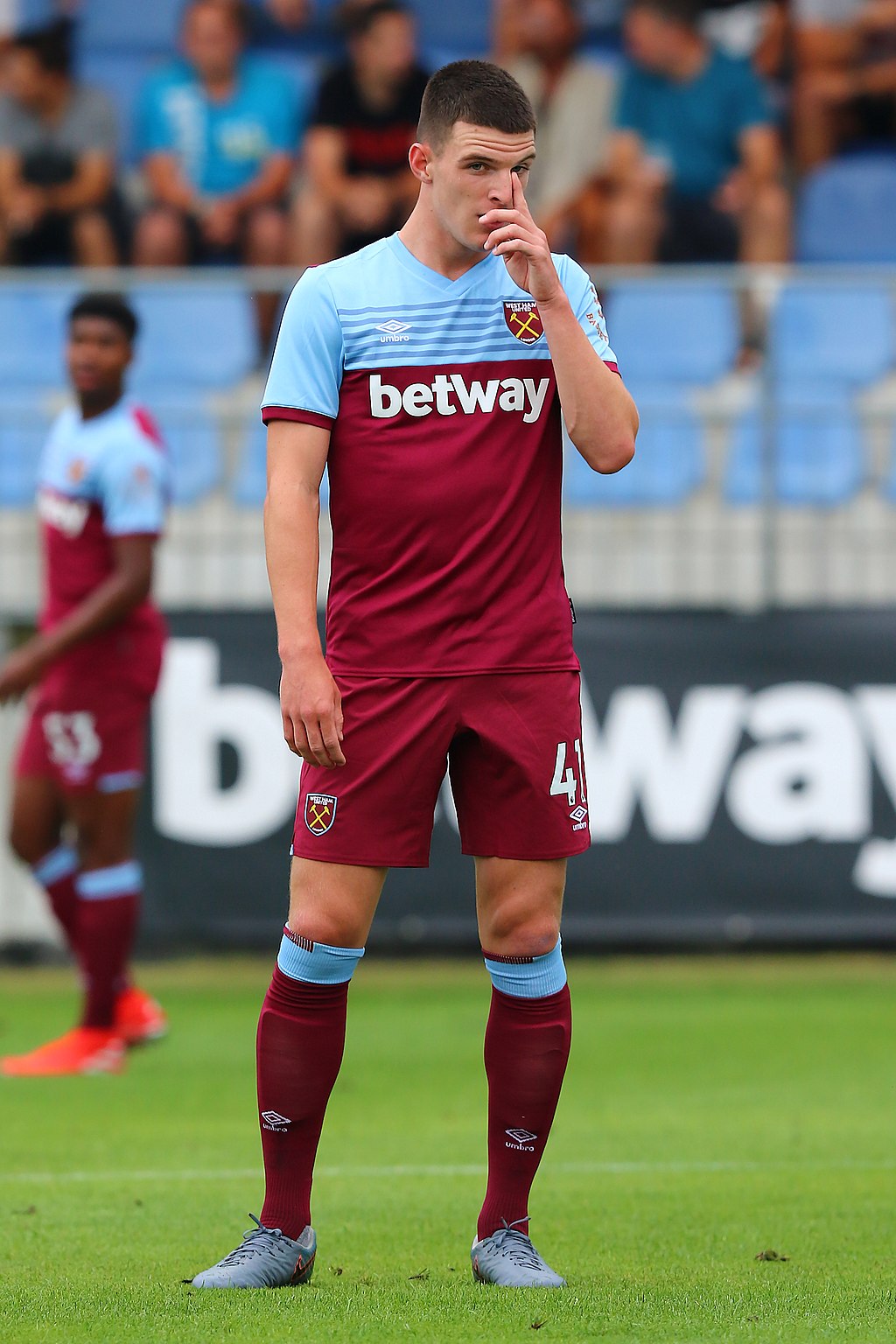 “When you look back at the likes of Roy Keane later in his career and Claude Makelele, they were the best because they never got involved. They just did the simple things.

“It’s such a hard job and that’s why I can’t believe Arsenal aren’t going in for a player like Rice.

“A player like Rice can allow the attacking players to flourish and it gives the central defenders the chance to be better than what they are. I don’t care who you are in football, Paolo Maldini, Franco Baresi, Alessandro Costacurta and even a Virgil van Dijk, if you’ve got people running at you left, right and centre every minute, they are going to go past you on occasions.”

Arsenal currently has Granit Xhaka who plays in and around the central midfield area for the Gunners and surely Declan Rice will be an upgrade to the Swiss international.

Mikel Arteta does have the likes of Matteo Guendouzi and Lucas Torreira who can do the same job as Rice but both of them have struggled to get game-time under their new manager.

So surely the Hammers man will add more value to the Arsenal midfield area.

But as far as Chelsea are concerned, they too could use Declan Rice next season especially if Jorginho decides to head back to Italy and join Maurizio Sarri at Juventus.

Frank Lampard does have N’Golo Kante who is a perfect fit for the defensive midfielder’s role but the Chelsea boss has been reluctant to use the Frenchman in that role and there’s every chance that Lampard wants Declan Rice to be his next long-term defensive midfielder.

Read: Will the Premier League’s new method of ending the 19-20 season cause problems for UK’s healthcare?

Read: Here’s why Xavi might not be the next Barcelona manager despite his wishes.

Read: UEFA hints at the fate of all the major leagues in Europe.

Read: List of football stars who have come out to help amidst this crisis situation.

Arteta opens up about the future of this key player at the Emirates: Staying or leaving?

Are Chelsea planning to sell this once key player during the...