Chelsea are back in the Premier League this weekend and they take on a relatively easy opponent in the form of West Bromwich Albion at Stamford Bridge.

The Blues have been in a superb run under their new manager and are undefeated in their last 10 Premier League matches. They might have found it a bit hard to score goals but their defensive record under Tuchel has been marvellous – managing to keep clean sheets in their previous five home matches in the league.

The Baggies, on the other hand, are really struggling to find a rhythm and are currently 19th on the league table having won just one out of their previous 11 matches.

We really do not expect Sam Allardyce’s side to come out of Stamford Bridge with a win but given that a lot of Chelsea players were involved with their respective national sides this past week, West Brom might just be able to catch them cold on Saturday.

Edouard Mendy did not go on national duty during the international break due to a dental procedure but he will be ready to face West Brom on Saturday.

Thiago Silva should be fully fit and available for selection but we don’t think Thomas Tuchel will call him straight back into the side since the trio of Rudiger, Christensen and Azpilicueta have done really well in central defence.

But then there’s also the possibility that the manager opts to use Silva in his starting line-up since West Brom will pose no real threat.

Jorginho is a slight doubt with a knee injury but he should be fit by the end of this week. N’Golo Kante is another option in midfield alongside Kovacic but Tuchel will not be too keen to use him after the Frenchman returned early from international duty due to an injury.

Hudson-Odoi is recovering from a shoulder injury and if he is not a 100% then Reece James will start on the right-hand side of midfield.

Mason Mount was in peak form for England in the past week and even under Thomas Tuchel, the youngster is a guaranteed starter. Hakim Ziyech is expected to accompany him in the attacking third meaning Pulisic will once again have to be content with a place on the bench.

Timo Werner had another poor show on the pitch, this time with Germany and there’s a big chance he will start on the bench on Saturday. Tammy Abraham should be fit and ready to play up front but if he’s not fully fit then Kai Havertz could be leading the line. 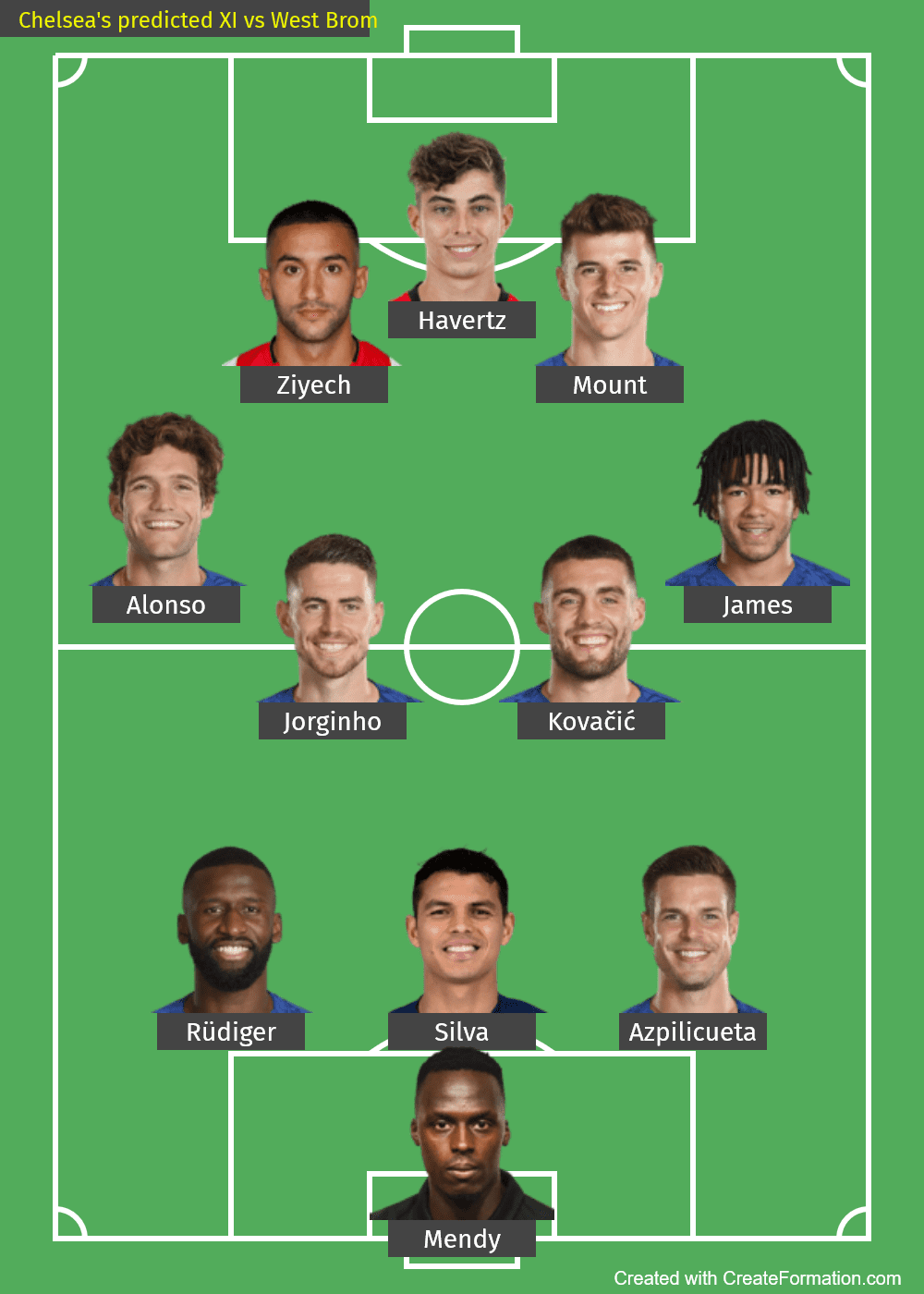 Read: Chelsea have found an alternative to Erling Haaland.

Read: One PL side could beat all the other suitors to the signing of this 20 Y/O forward.

Read: This Blues player might be looking to move out in the summer.