England cruised past Ukraine in the quarter-final beating them 4-0 on Saturday and next up, they take on Denmark in the semi-final at the Wembley Stadium.

The Three Lions have been in great form in this edition of the European Championship and they are yet to concede a goal in their first five matches. Despite Denmark’s grit and determination, the English side will be the odds out favourites to book a spot in the final.

England have won 7 of their last 8 EURO matches and have also managed to keep a clean sheet in all these 8 matches. There’s no doubt defence is Gareth Southgate side’s biggest asset but after scoring four goals against Ukraine, the likes of Harry Kane have also hit form at the perfect time.

The Danish side have turned things around after defeats to Finland and Belgium in the group stages so they will undoubtedly prove to be a much stronger side than Ukraine.

Both the sides have only two players missing meaning there’s no shying away from this as both England and Denmark are going to name their strongest side on Wednesday.

Manager Gareth Southgate reverted to a back four against Ukraine and he is expected to stick with that in the semi-final as well.

Harry Maguire and John Stones will reprise their role at centre-back and Manchester United’s Luke Shaw will start at left-back.

Declan Rice and Kalvin Phillips have been a revelation in defensive midfield so there’s no way Gareth Southgate will change this partnership. Jordan Henderson came off the bench to score against Ukraine but the Liverpool midfielder will have to be content with a place on the bench.

Mason Mount returned from quarantine and came straight back into the side on Saturday and the Chelsea man is going to play as the No 10 during the semi-final as well.

Jack Grealish remained an unused sub against Ukraine but the Aston Villa playmaker will come on as a sub at some point on Wednesday.

Raheem Sterling and Harry Kane have been in sensational goal-scoring form for England during the European Championship and they will be the first two names on Southgate’s team sheet. The right winger’s spot will be up for grabs in midweek though.

Jadon Sancho played in that role on Saturday and have a pretty decent outing. But if Bukayo Saka has managed to shake off that small injury then the Arsenal man is more likely to get the nod ahead of Sancho. 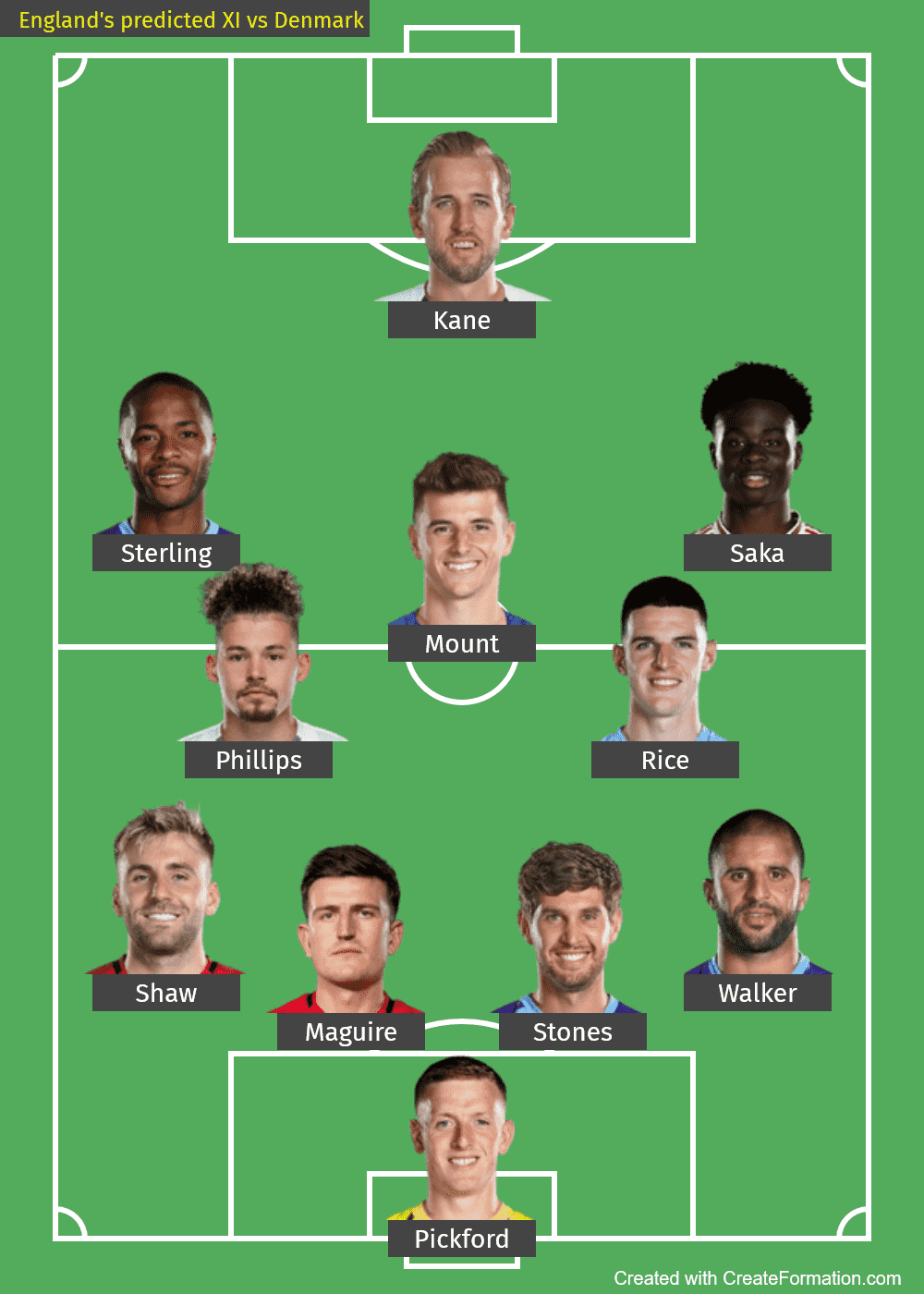