England picked up a 2-1 win over Switzerland last weekend and next up they take on Ivory Coast on Tuesday. In this match, Gareth Southgate will be looking to check his bench strength meaning several of Saturday’s substitutes are in line to start this week.

The Three Lions winning on Saturday meant their unbeaten streak has now extended to eight matches and we expect them to pick up an easy win this week as well. Ivory Coast are not in the best of forms and they go into the England game at the back of two losses.

They had lost to Egypt in the finale of the Africa Cup of Nations and in the previous few days, they suffered a 2-1 loss to France in a friendly.

Southgate is expected to make wholesome changes to his starting XI as he looks to rest and rotate his players but even the England bench should prove to be too strong for Patrice Beaumelle’s side. The Three Lions are unbeaten in 14 home games and they should be able to extend this run without any major hiccups.

Gareth Southgate used a 3-5-2 formation against Switzerland but there’s a chance the manager will shift to a 4-3-3 system.

Pickford will be replaced by Nick Pope and even Marc Guehi may drop to the bench, to make way for Harry Maguire. John Stones had to pull out of the Switzerland match due to an injury so Ben White has a chance to get another start.

If Southgate has rotation on his mind though then Conor Coady could come into the starting line up.

Luke Shaw was sensational during the weekend but Tyrick Mitchell is in line to make his full debut for England. The shortage of right-backs means Walker-Peters will hold onto his place in the side.

Declan Rice and Jude Bellingham came off the bench on Saturday but the pair are more or less guaranteed starters in midfield.

Harry Kane and Phil Foden paired up in attack but the latter will make way on Tuesday and since there might be a change in formation, Jack Grealish and Raheem Sterling could both start alongside Kane.

He goes level with Bobby Charlton on the list of all-time @England scorers. pic.twitter.com/UunTbQgAiu 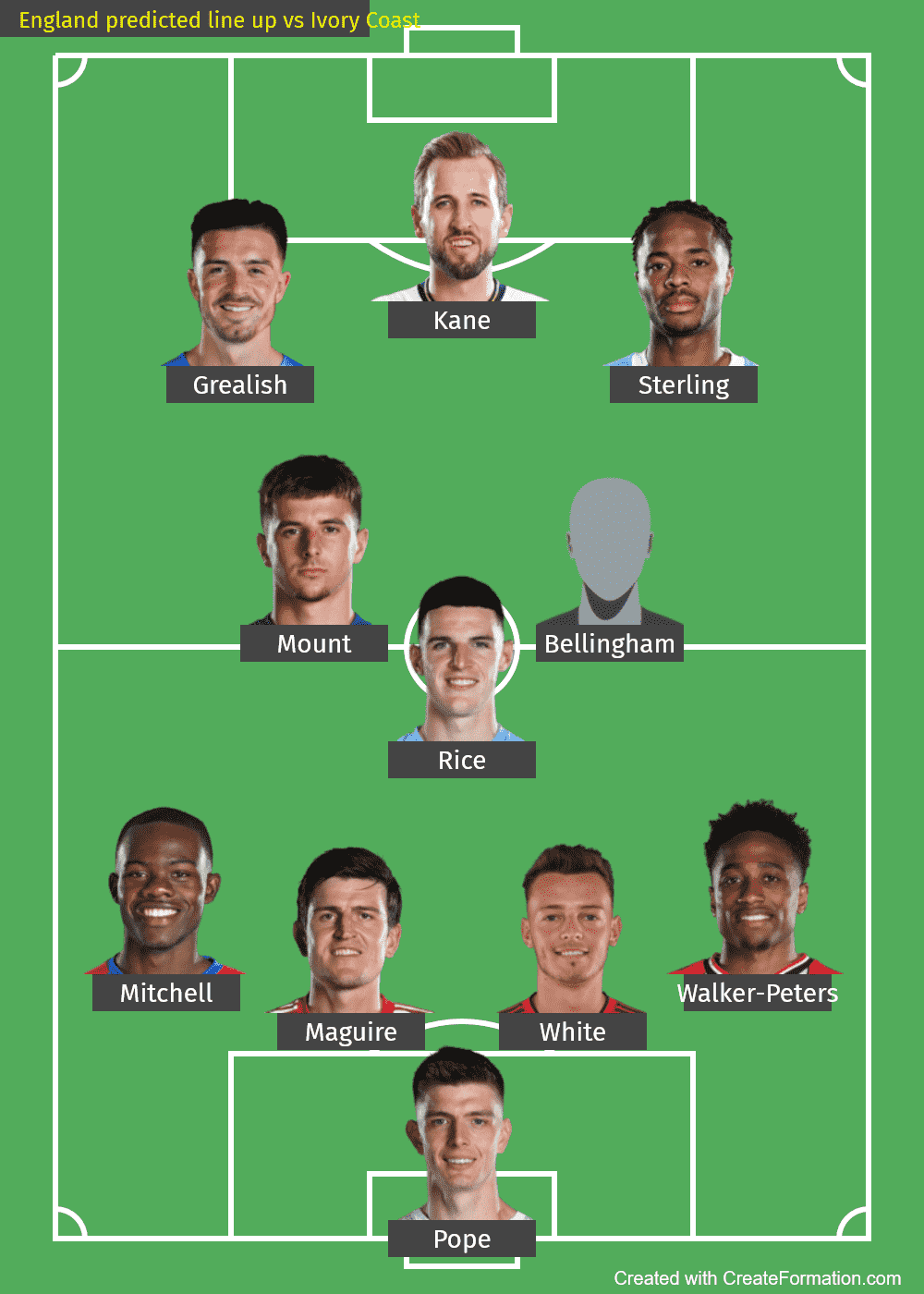 How to watch the England vs Ivory Coast game?

The England vs Ivory Coast game will be live on Sky Sports Main Event and Sky Sports UHD.

Click here for all the latest Premier League News & Updates.